Alekhine and the Nazis: A Historical Investigation by Dr Christian Rohrer 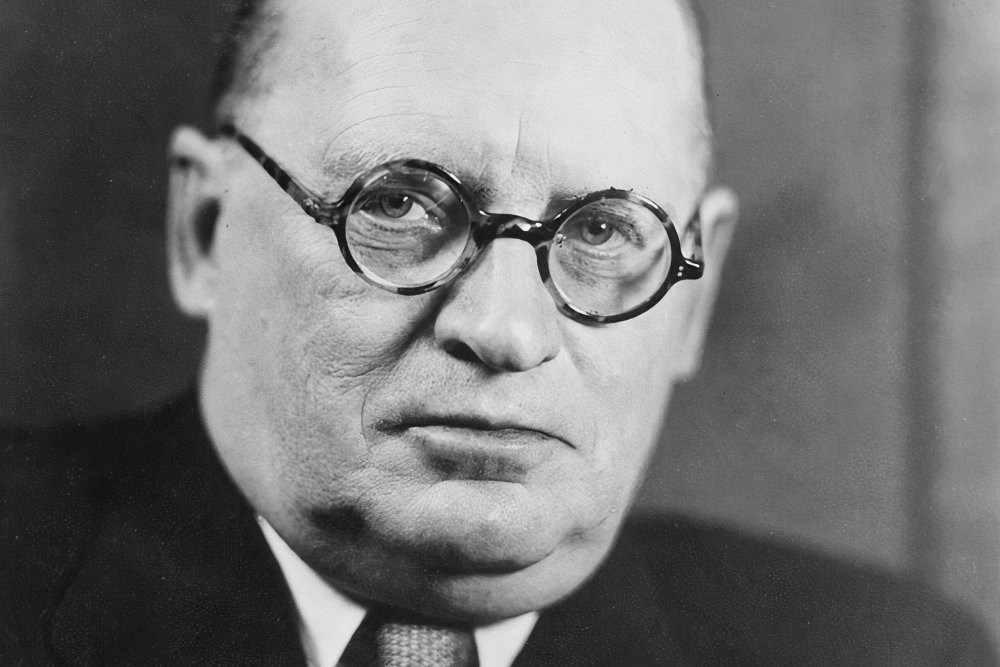 In 1939, before World War II, the world was going again and again for Alexander Alekhine. In 1935 he had surprisingly lost the world championship to Dr Max Euwe, but by winning the rematch in 1937, Alekhine had regained the title.

Alekhine in 1935, during the world championship match against Euwe

Alekhine lived in France, was respected, wealthy, and married to Grace Wishaar, an American artist who had inherited the fortune from her late first husband.

A number of chess players – of which Miguel Najdorf is probably the best known – remained in Argentina after the Olympiad but Alekhine returned to Europe and served in the French army until his demobilization in 1940. And during the Olympiad, Alekhine had shown no sympathy for the German regime, and the players of the German team had even complained about the hostile attitude of the world champion towards them.

But after the rapid and enormous military successes of the Germans at the start of the war, Alekhine changed his behavior. According to Rohrer, he pursued a “two-pronged strategy” to try to maintain his status as a world champion and keep his standard of living high.

Having previously systematically avoided a possible rematch against Capablanca, whom he had beaten in the 1927 World Championship match in Buenos Aires, he now contacts Capablanca to organize such a rematch. Alekhine was hoping to play Capablanca in South America, and he was hoping for a high prize fund, as that would have given him the chance to leave Europe with his wife and make a fresh start with the match money.

But the negotiations with Capablanca came to nothing and Alekhine concentrated on the other part of his strategy: he was helping the Nazis who had occupied Paris in June 1940. In 1941, he published a series of articles on “Aryan Chess and Jews “in the” Pariser Zeitung “, a propaganda organ of the Germans, in which he applied Nazi ideology to chess using many anti-Semitic clichés, grossly distorting the historical facts of chess. Alekhine’s later attempts to distance himself from this series of articles are, as Rohrer explains, unconvincing.

“Alekhine, whether each word is hers or not, bears responsibility for these articles. They appeared under his name in the German-language press and were able to develop their effect there with the weight of his name. I consider it impossible that the articles appeared against the will of Alekhine. Alekhine himself boasted in the Spanish newspapers in September 1941 of his ‘racial point of view’ treatment of failures. “(” Alekhine’s two-pronged strategy: an interview with Christian Rohrer “, Karl, 01 / 2021, p. 53)

In 1941, Alekhine played a tournament in German-occupied Krakow in Poland and came into contact with a number of influential Nazis, most notably Hans Frank, the Governor General of Poland. As governor general, Frank was largely responsible for the persecution and murder of millions of Jews, and after the war he was sentenced to death in the Nuremberg war crimes trial and executed on October 16, 1946.

Frank was a big fan of chess who had a friendly relationship with Alekhine, and these contacts helped Alekhine get a well-paying job at the Institute for Deutsche Ostarbeit (Institute for German Work in the East, “IDO for short. Alekhine was paid the equivalent of 1,000 Reichsmarks per month, and according to Rohrer this salary represented more than 98% of the Germans earned at the time. In addition, Alekhine had still the possibility to secure additional income through simulations, fees for books and articles as well as appearances and cash prizes in tournaments.

But when the defeat of the Germans in World War II became increasingly likely, Alekhine left the territory of the German Reich in October 1943 and went to Spain, which was ruled by the fascists under Franco but was not involved in hostilities. Alekhine still had no material worries, but health problems plagued him.

As Rohrer reports, Alekhine went to a psychiatric clinic in 1943 after showing signs of mental confusion, and he continued to descend into the period that followed. When Alekhine left Spain for Portugal in 1945, he suffered financial hardship, health problems, and was ostracized in the chess world due to his proximity to the Nazis. In an Estoril hotel in Portugal, Alekhine died on March 24, 1946, still the reigning world champion. 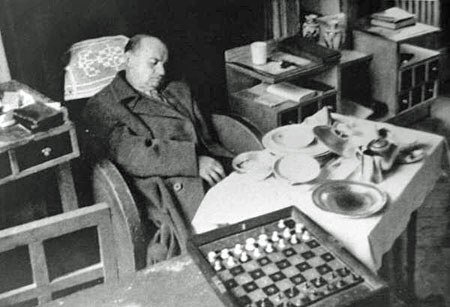 Rohrer carefully and in detail examines Alekhine’s life during WWII, briefly sketched here. After researching archives from all over Europe, Rohrer arrives at a number of new information about the fate and personality of Alekhine (among other things, it is learned that Alekhine with Ossip Bernstein was a member of a Masonic lodge in Paris and simply claimed to have a medical degree when he had not written a thesis), and at the same time provides a fine example of how studying the history of chess can help to better understand contexts broader histories.

On this DVD, GMs Rogozenco, Marin, Müller and IM Reeh present exceptional games, amazing combinations and exemplary endgames of Alekhine. And they invite you to improve your knowledge with the help of video lectures, annotated games and interactive tests.