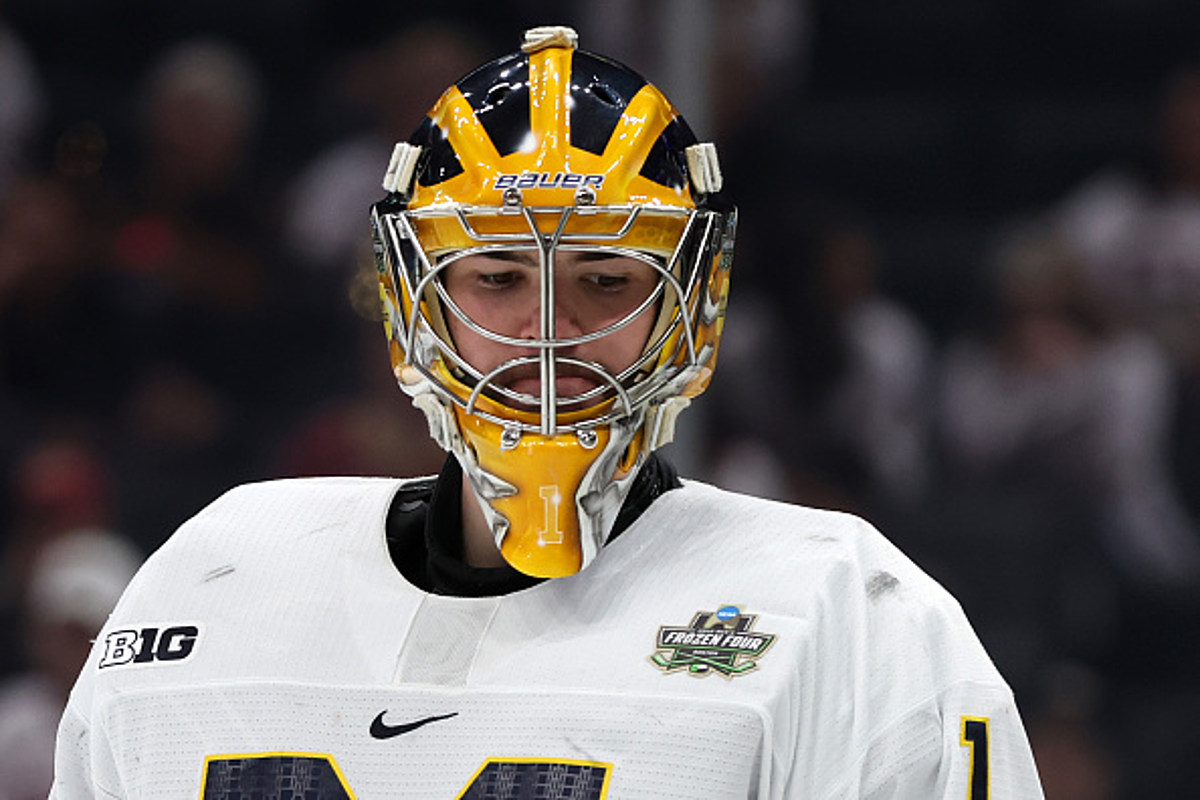 The Buffalo Sabers have been playing much better over the past few weeks, and really since the New Year the team has been playing with more urgency and commitment to team play. It shows in the results, let’s say less for two or three games, including last night against the Tampa Bay Lightning (5-0 loss).

The future looks bright for the Sabers.

They already have young players contributing to the Buffalo team, such as Dylan Cozens, Peyton Krebs, Rasmus Dahlin, Casey Fitzgerald and Mattias Samuelsson.

They also have players in Rochester who are soon to be NHL stars (JJ Peterka and Jack Quinn).

On Friday, they also just signed No. 1 overall pick Owen Power to an entry-level contract.

However, the goaltending situation has many Sabers fans worried. It’s not because of who’s in the pipeline for Buffalo at the net, but the worry that they’ll never even get here.

Northeastern University goaltender Devon Levi won the award for top goaltender in college hockey this season, and to say he was his team’s most valuable player would be an understatement.

Levi went 21-10-1 with a 1.52 goals-against average and .952 save percentage. His stats were insane and took college hockey by storm. Levi was acquired by Buffalo from the Florida Panthers as part of the Sam Reinhart trade last summer in the NHL Draft.

Levi recently decided to return to Northeastern for another season. The 20-year-old’s rights still belong to the Sabers until 2024.

University of Michigan goalie Erik Portillo also had a great 2021-22 season. He was the Sabers’ third-round pick in 2019 and was the starter for a Michigan team that made it all the way to the Frozen Four.

Portillo last weekend also decided to return to school for another season. His rights belong to the Sabers until the summer of 2023.

The thought here was that at least one of them would sign and be the primary starter in Rochester. The fact that the two chose to return to school has fans worried. Portillo could walk away and become a free agent next summer, while Levi has two more years before reaching that point.

Portillo could have had a leg up on Levi in ​​Rochester, but both want to continue honing their skills in college and for a national title. The problem is that the Sabers desperately need one of them in the system ASAP.

Craig Anderson will be 41 next season and could retire. Dustin Tokarski is not an NHL goaltender and that leaves Ukko-Pekka Luukkonen, who has missed much of the season due to injury.

There have been so many horror stories of college hockey players walking like Cal Petersen as the Sabers did a few years ago and signed with the Los Angeles Kings after they got out of Notre Dame.

If I had to bet now, I’d say one of them is coming to Rochester next season. Maybe the two recognize that they should fight to be the organization guy and that’s the problem. Levi would get my vote because he has the biggest advantage and has proven on every level how special he is despite being just a 7th round draft pick.

Iconic (and sometimes silly) toys, tech, and electronics have been usurped since their grand entrance, either through technological advancements or common-sense breakthroughs. See how many things on this list trigger childhood memories – and which ones were there and gone so fast you completely missed them.
Dvd online player