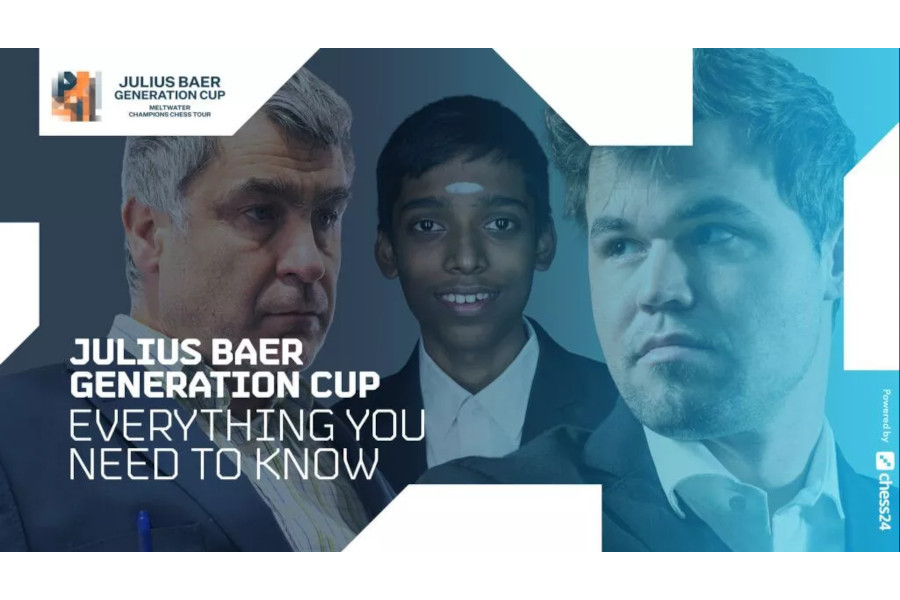 Gelfand and Ivanchuk in the mix

At 15, Christopher Yoo is the youngest in the competition. Along with Pragg and Niemann, Yoo is joined by Vincent Keymer and Arjun Erigaisi in a cohort of talented teenagers. Six players considered to be at their peak complete the training: Anish Giri, Levon Aronian, Liem Le, Radoslaw Wojtaszek, David Navara and the exciting Croatian Ivan Saric.

This DVD allows you to learn from the example of one of the best players in the history of chess and the explanations of the authors how to successfully organize your games strategically, therefore how to keep your opponent under constant pressure

The final name will be that of the winner of stage 3 of the MPL Indian Chess Tour, which will be confirmed on Monday, September 12. 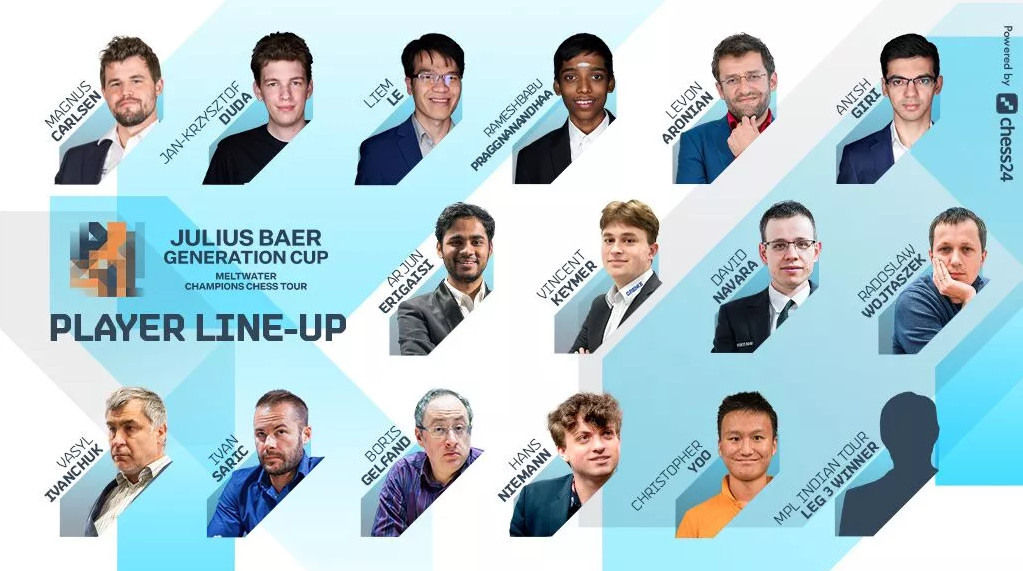 The theme for the $150,000 tournament is “Generations of Chess” and its coverage will highlight the incredible inclusiveness the game can promote.

Chess, unlike many sports, is a pursuit for young and old and everyone can enjoy it together, not only as fans but also in competition at all levels. Whether it’s a casual game or a match at a very high level, chess is for everyone. 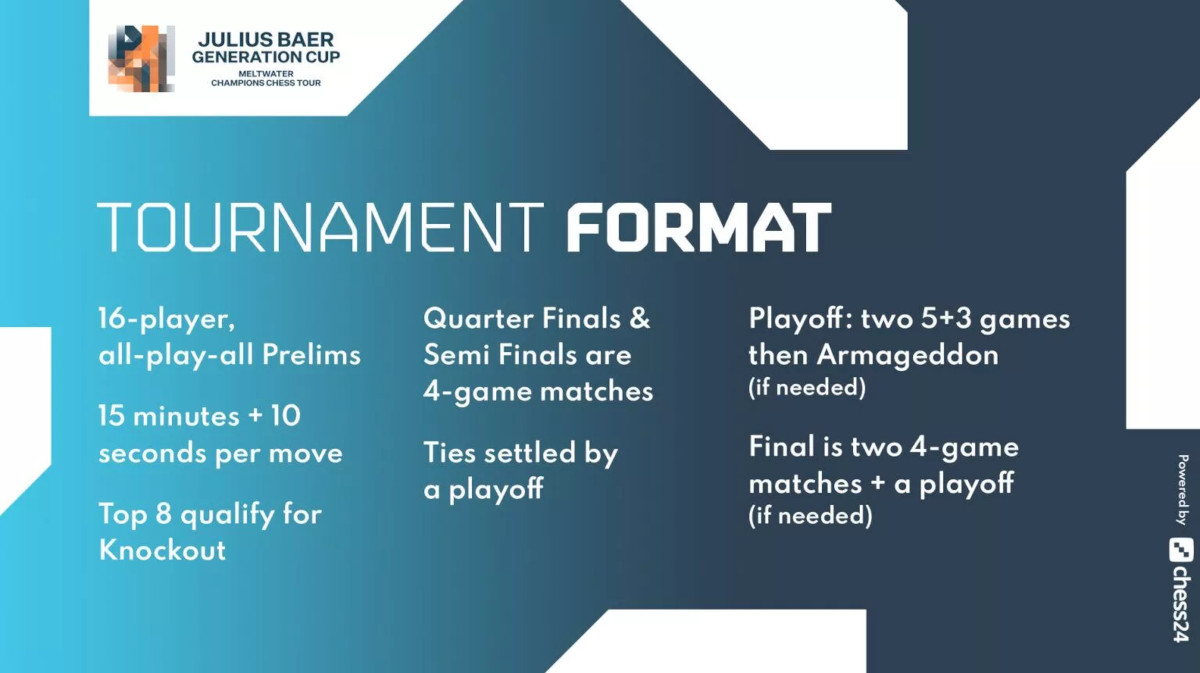 The first Generation Cup is organized thanks to a partnership between the Swiss private bank Julius Baer and Play Magnus Group.

The Julius Baer Generation Cup with its inclusive intention marks for us an even deeper involvement in the world of chess.

The commitment to the Generation Cup is a consistent step for us, having already supported last year’s Challengers Chess Tour, a unique, gender-balanced chess event designed to promote new talent which we continue to support. also this year.

The Julius Baer Generation Cup marks a fitting return to Julius Baer events for Pragg, the 16-year-old from Chennai.

Pragg won the 2021 Julius Baer Challengers Chess Tour and qualified for the Meltwater Champions Chess Tour, where he immediately grabbed headlines in February with a memorable win over World Chess Champion Magnus Carlsen.

Together with Julius Baer, ​​we are delighted to present the seventh leg of the Meltwater Champions Chess Tour.

The Tour is heating up as we enter the final three events. We have the exciting prospect of Carlsen against Pragg and all players will be fighting for places in the third and final Major in November. 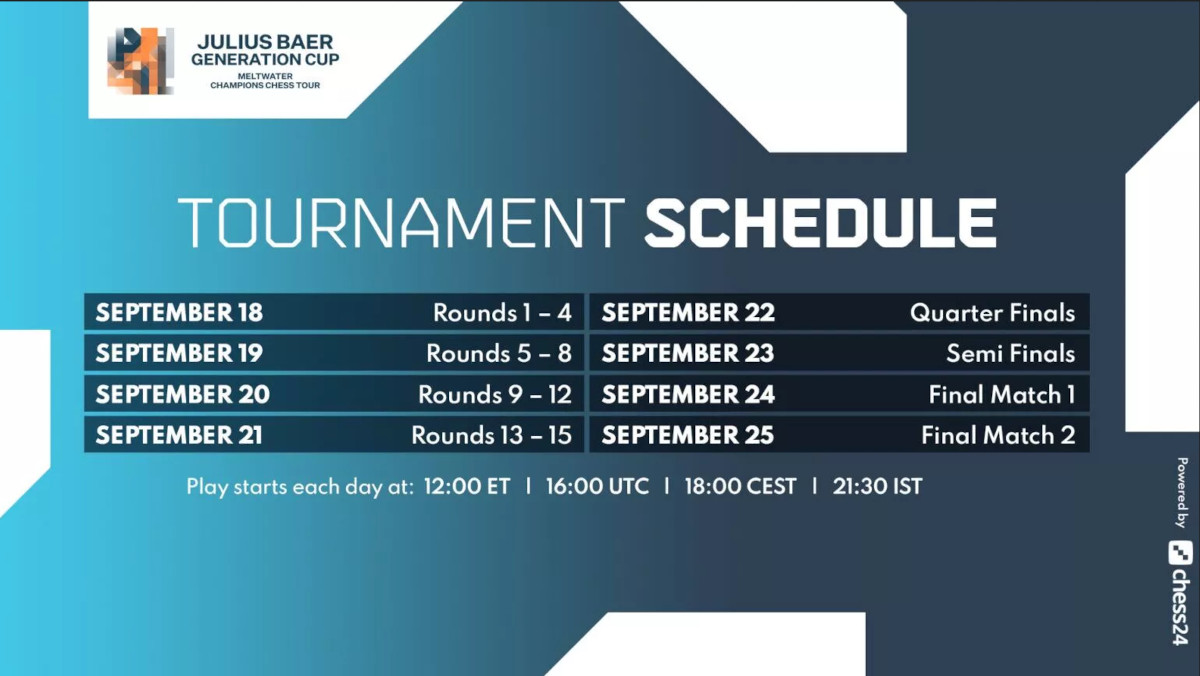