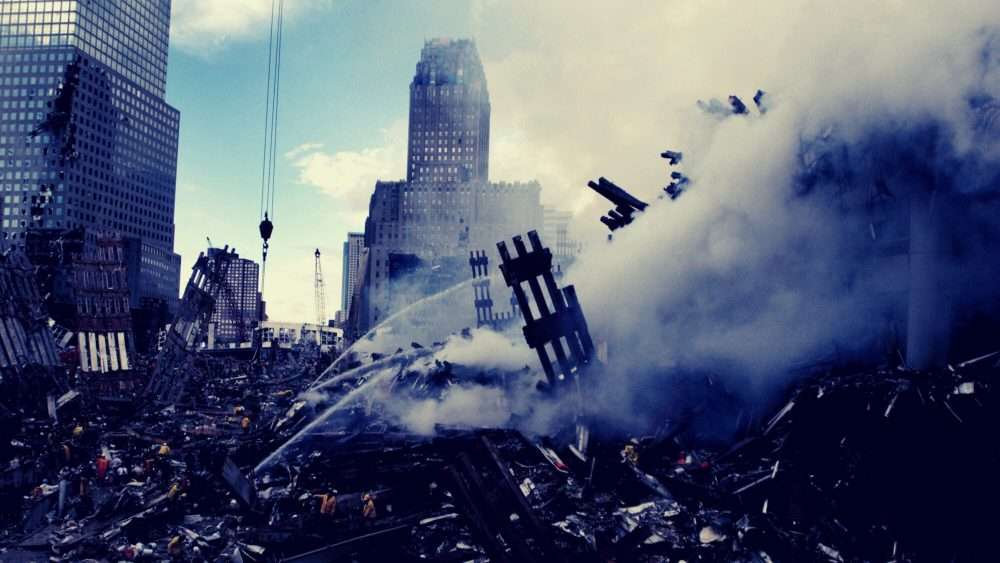 When the second plane crashed into the World Trade Center at 9:03 a.m. on September 11, 2001, it was clear that America was under attack and a new era had begun. The following hours, weeks and months would be marked by great fear and great uncertainty.

Americans wondered where President George W. Bush was. Was he safe? Would another attack take place? Did al-Qaeda have other sleeper cells in the United States?

For months after the attacks, fighter jets flew overhead in the New York area. Recovery teams worked tirelessly at the Ground Zero site for eight months, first to find survivors and then to recover the remains of the 2,753 victims massacred by al-Qaeda.

During those same months, the Bush White House made fateful and terrible decisions that would catalyze changes in our world that would reverberate for decades, leading to countless deaths in the Muslim world, a radicalization of American politics and the decline of American global power. .

In response to the September 11 attacks, the Bush administration launched the War on Terror, which began with the invasion of Afghanistan, the ousting of the Taliban regime, and attempts to kill or capture senior Al -Qaeda in Afghanistan and Iraq.

Although Osama bin Laden was not brought to justice for nearly a decade, al-Qaeda was first defeated by the US invasion of Afghanistan. The group unsuccessfully plotted further attacks against the West and its American partners. But with the US invasion of Iraq, al-Qaeda found new life.

This conspiracy quickly became political. In January 2002, Bush declared Iran, Iraq and North Korea to be part of the “Axis of Evil”. Cheney aggressively pushed false claims that Iraq was seeking a nuclear weapon. And his team designed a National Intelligence Estimate who used false “intelligence” to claim that Iraq was “reconstituting its nuclear weapons program”.

On March 19, 2013, the US war against Iraq began. A few days earlier, Cheney told Tim Russert about Meet the press that American forces “will be welcomed as liberators”. But the illegal invasion of Iraq sparked a fierce insurgency that escalated into a sectarian civil war. In this cauldron, more than 200,000 Iraqis were killed. And an even more radical group, eventually known as the Islamic State of Iraq and Syria or ISIS, was born.

The occupation of Iraq has diverted US and coalition forces from the campaign in Afghanistan, allowing the resurgence of the Taliban and al-Qaeda and their spread into Pakistan. And in the heart of the Middle East, an even more nihilistic and decentralized form of jihadism has emerged that has inspired “lone wolf” attacks in the West and elsewhere. And, for a time, he changed the maps of the Middle East with an insurgent proto-state – the so-called Islamic State Caliphate – covering parts of Iraq and Syria.

The Erosion of civil liberties

The 9/11 terrorist attacks also radically strengthened the national security apparatus of the United States, both in terms of legal authority and financial resources. The PATRIOT Act was quickly passed in 2001, dramatically increasing the US government’s surveillance powers. The following year, Bush signed a secret executive order authorizing the National Security Agency to conduct warrantless wiretapping of American citizens.

Those most affected by these legislative and policy changes were Muslims in the United States. Federal and even municipal entities like the New York Police Department have dramatically expanded spy networks within Muslim communities, leading to widespread fear and fundamental violations of civil liberties.

Some very egregious examples of spying on law-abiding Muslims have since become public. NYPD sent undercover agents to spy on Muslim student white water rafting trip. And a paid federal informant complaints he was ordered to pose as a Muslim to infiltrate mosques and sleep with Muslim women to gain information about the community.

The militarization of the police

The expanded national security state of the United States largely targeted Muslims. But post-9/11 wars would also accelerate the militarization of local law enforcement, with black American communities most affected.

Veterans joined local police forces, bringing to urban communities the practices applied on the battlefields of Iraq. And local police departments have obtained surplus military equipment from the Pentagon through a federal government program that began in 1997.

The militarization of police culture through military equipment and tactics has resulted in a upsurge in the use of lethal force against civilians.

The radicalization of white Americans

As the war in Iraq raged, anti-Muslim discourse would gain momentum in the United States, fueled by money from right-wing donors, including the Donors Capital Fund and the Richard Mellon Scaife Foundations.

This anti-Muslim or Islamophobic rhetoric gained momentum with the emergence of Barack Obama as the Democratic presidential candidate in 2008. Obama, a black American Christian born to a Muslim father, has been mistakenly portrayed as a Muslim born in Kenya by opposing political forces.

Capitalizing on this hysteria, the Donors Capital Fund donated $17 million to the Clarion Fund to distribute a DVD titled “Obsession: Radical Islam’s War on the West” to tens of millions of voters in swing states ahead of the November 2008 elections.

This Islamophobic network overlapped with the Tea Party movement, which emerged during the Great Recession of 2008. Prominent Tea Party figures in Congress, including Renee Ellmers and Michelle Bachmann, regularly used Islamophobic memes to question the loyalty of Obama to America. These forces largely converged in protests against plans to build an Islamic center in lower Manhattan – the “Ground Zero Mosque” – in 2010.

Paranoid Islamophobia eventually consumed the Republican Party, wiping out its moderate wing. In its place, radicalism has been rampant, led by famed businessman Donald Trump.

Trump provided a grand narrative of white resentment, coalescing all bigotry under one tent. He called Hispanics “rapists,” insinuated there would be more brutal policing against black people, and pledged to ban Muslims from the United States.

Trump has embedded a paranoid and rejectionist culture in white America – a culture deeply rooted in US history. But its immediate genealogy begins with the choices made by the Bush administration in the months and years following 9/11.

The rise of China and the weakening of America

The war on terrorism has cost nearly a million lives and more than $8 trillion, according to a Brown University study. The greatest cost has been borne by the victims of the war on terrorism. But with the deaths of American servicemen, the United States paid a substantial strategic price for its wars after 9/11.

While the United States was busy waging wars against non-state actors on multiple continents, neglecting its communities at home, the determined People’s Republic of China emerged as a global economic and military power.

In 2001, China joined the World Trade Organization. In less than a decade, it has become the world’s exporter of goods. China – “the factory of the world” – has rapidly moved from producing flip flops to flip phones. And now has its sights set on cutting-edge technologies like semiconductors.

Since 9/11, China has rapidly closed the gap with the United States economically, militarily and technologically.