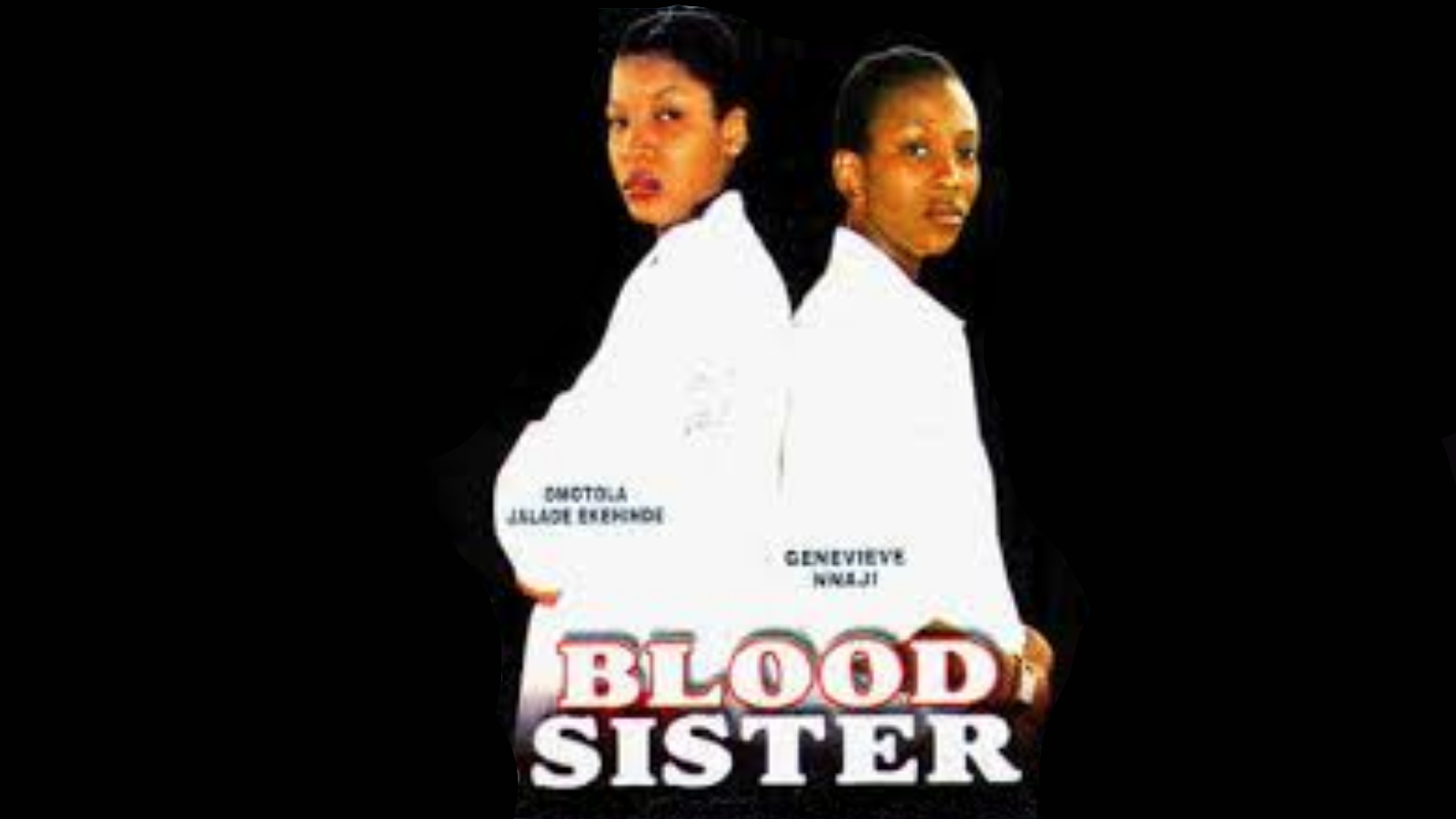 The crime thriller series Blood Sisters has captured the hearts of many Nigerians since its release on Netflix.

By putting a new spin on Nollywood stories, Blood Sisters has helped position Nigeria as a major player in the global film industry.

Before Ebonylife Productions collaborated with Netflix to create the hit series, there was a 2003 film with the same title starring Genevieve Nnaji and Omotola Jalade Ekeinde.

When Netflix announced plans to release “Blood Sisters,” many people assumed they intended to reboot the classic series due to its popularity. Although the two movies have the same title, the storylines, characters, and everything else are different.

“Blood Sisters” is the story of two sisters who become entangled in a web of jealousy, hatred and rivalry.

Interestingly, this is one of the few films that features both Ms. Jalade-Ekeinde and Ms. Nnaji, except for the 2010 film, “Ije”.

In honor of a famous saying, “Nollywood to the World”, we go back in time and review the classic 2003 hit film Blood Sisters.

The first part presents Esther (Geneviève Nnaji) arguing with a friend who accuses her of copying during an exam. Gloria (Omotola Jalade Ekeinde), her older sister, tries to mediate their dispute, but Esther takes offense and runs away. Back home, she tells their mother (Patience Ozokwor) that Gloria went out with a friend of theirs. Their mother is furious and when Gloria returns home, she is bombarded with insults.

Esther’s jealousy for Gloria inevitably turns to hatred in the following scenes. Unlike Esther, Gloria excels academically and has a positive attitude. This makes her the center of attention as the men fall over themselves to be her husband. Throughout their teenage years, Esther makes it a point to complicate Gloria’s life by sabotaging her wardrobe or her relationships.

Gloria is now happily married with children, ten years later. Esther, currently unemployed, moves to town and lives with her sister. Gloria thinks Esther has changed but is quickly disappointed when she continues to be rude, especially when asked to do household chores.

Esther’s envy reaches new heights when she poisons Gloria. Gloria dies from complications, allowing Esther to make Tony her own. She seduces him and persuades him to leave his children with their grandmother in the village.

After a few months, Esther’s mother goes to town to find out why the children’s father is not doing his job. Esther, very pregnant, welcomed her without remorse for having turned her sister’s husband against her family.

Kenneth brings his children home at Esther’s request. She mistreats the children and makes them do various household chores as she is unhappy with the suffering she has inflicted on their mother.

Gloria’s ghost appears, seeing her children’s anguish, and swears revenge on her sister. She causes serious complications during Gloria’s delivery before rendering her blind.

Meanwhile, Gloria attempts to match a kind teacher (Oge Okoye) with her husband in their dreams to provide the best care for her children.

Congratulations to Geneviève Nnaji and Omotola Jalade Ekeinde for their outstanding performances in all four parts of this film.

Ms. Nnaji portrays a convincingly authoritative jealous kid who is obsessively competitive and will go out of her way to outdo her older sister. While Mrs. Jalade Ekeinde accurately describes what it takes to be a good-hearted woman, even for someone who is keen on your demise.

Patience Ozokwor, one of the Nollywood mamas, gave an emotional performance that brought me to tears during one of our scenes. Not to mention the child actor who played Adaobi, whose heart and soul undeniably felt, especially during the scene where she visited her father.

To some degree, the cinematography was also good, especially considering the year of production. The shots and transitions are commendable as they stand out from other films made during this decade.

The themes explored in the film also teach many moral lessons, ranging from the consequences of jealousy to the dangers of insecurity.

Bad Dialogue: Please, Producers, hire a good writer. The dialogue was bland and some lines seemed unnecessary. Many lines appeared to be filler, adding nothing significant to the plot of the story.

As if the dialogue wasn’t bad enough, there were numerous grammatical errors. Seeing this, I wondered if they had ever consulted a script editor.

While the acting was generally good, some scenes reminded me of an elementary school play. Aside from the main characters, other cast members failed to deliver their lines properly or bring more realism to their roles.

If the producers thought that simply dressing Ms. Nnaji and Ms. Jalade Ekeinde in aprons and cornrows would convince viewers that they were teenagers, they were delusional.

Instead, they could have cast young adults to play teenage versions of Gloria and Esther.

Finally, Tony Umez’s character Kenneth received no punishment for his actions is shocking. He lives happily ever after with a new wife despite having slept with his wife’s sister and abusing her children.

5/10. Nineteen years after its release, “Blood Sisters” will still make you nostalgic for the days when Nollywood movies were only available on DVD rather than online streaming. It will also make you laugh, cry and admire those who paved the way for the new Nollywood.

Support the integrity and credibility journalism of PREMIUM TIMES

Good journalism costs a lot of money. Yet only good journalism can guarantee the possibility of a good society, an accountable democracy and a transparent government.

For free and continued access to the best investigative journalism in the country, we ask that you consider providing modest support to this noble endeavour.

By contributing to PREMIUM TIMES, you help sustain relevant journalism and keep it free and accessible to everyone.