How to Watch ‘SEAL Team’ Season 6 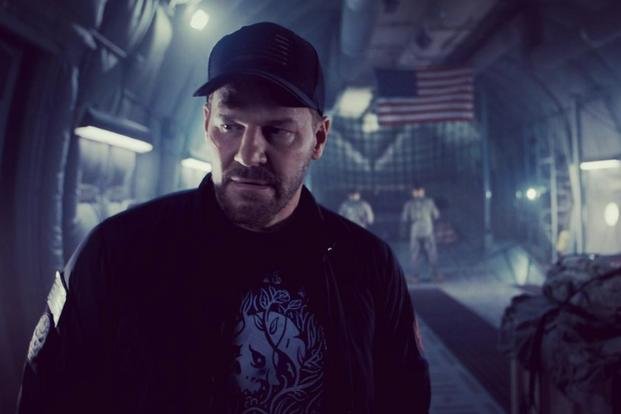 The popular military drama “SEAL Team” is set to return for its sixth season on Sunday, September 18, 2022, for a run of 10 episodes. The show is no longer airing on the CBS broadcast network, so you’ll need to subscribe to Paramount+ to follow the story.

David Boreanaz, one of the most popular actors in television history, plays crew chief Jason Hayes. Boreanaz has been a television regular for more than two decades, starring in “Buffy the Vampire Slayer,” “Angel,” “Bones” and now “SEAL Team.”

At the end of season five, the team had been ambushed while on a mission in Mali. There’s a big question as to whether everyone survived, and fans of the show are particularly concerned about the fate of SEAL Clay Spenser, played by Max Thieriot. The plot is heightened as Thieriot is set to star in the CBS series “Fire Country” this fall.

Even though the entire early promotion for “SEAL Team” Season 6 featured Clay Spenser, one wonders if Thieriot will be able to star in two series at the same time. This question makes the first episode of the series a very big deal.

New episodes will be available around 3 a.m. ET on Sunday morning.

“SEAL Team” streams exclusively on Paramount+, the streaming service owned by the network’s parent company CBS. The Essential plan costs $4.99/month after a seven-day free trial and $49.99 if you pay for a year upfront. If you want the ad-free option, the price is $9.99/month or $99.99/year.

Paramount+ offers a wide variety of programming, including current CBS network shows, all the “Star Trek” you could want, a wide variety of movies, and classic series like “Perry Mason,” “The Love Boat,” and “Hawaii Five-O.”

If $50 per year is too much for you, there are options to lower the Paramount+ price.

1. Get Paramount+ for free with Walmart+

The Paramount+ Essentials Plan is now included with Walmart+. Walmart+ is the retailer’s subscription designed to compete with Amazon Prime. For $12.95/month or $98/year, subscribers get free shipping on Walmart.com, free shipping from their local store with a minimum order of $35, gas discounts at stations Exxon, Mobil and Walmart and Spotify Premium free for six months.

There’s a 30-day free trial, so you can sign up for Walmart+, get your Paramount+ benefit, and watch “SEAL Team” free for 30 days.

2. Get a month free with a promo code

To celebrate the return of “SEAL Team”, Paramount+ is offering a 30-day free trial with promo code BRAVO!. Enter the code on the last page of registration, the one where you enter your credit card information.

3. Wait until the end of the season and only pay for a month of Paramount+

If you’re waiting for all 10 episodes to go live on Paramount+, you can sign up for this one-week free trial and enjoy the entire season in one week, or pay for one month and watch the show at your leisure during for the next 30 days.

4. Wait to buy the digital version

If you’re willing to wait a few months, you can purchase “SEAL Team” season six from the iTunes or Google Play stores. Previous seasons are currently selling for $24.99. It’s not the best way to go if you’re worried about spoilers, but at least you won’t be paying for streaming.

5. Wait even longer for the DVD version

Season six of “SEAL Team” will eventually arrive on DVD, but the release cycle for previous seasons suggests it won’t be until summer 2023. It’s a long wait, but you’ll own these discs forever and be able to watch whenever you want without worrying about being online.

Of course, there are other ways to get copies of TV episodes on the internet for free, but these are both illegal and incredibly complicated unless you’re already familiar with the practice. You will not get any advice on this from us.

For some readers, neither of these solutions will be acceptable. They’d rather tune into CBS to watch the show live for free or at least “free” as part of the cable subscription they’re already paying for.

The reality is that CBS is done with “SEAL Team,” and if the show hadn’t made the switch to streaming, there wouldn’t have been a season five or six of the show. The producers found a way to keep the show alive in a format that gave them a bit more freedom than they enjoyed on TV. If you’re a fan, be grateful that you had the chance to continue the story and choose the best viewing option for yourself.

Whether you’re looking for news and entertainment, considering joining the military, or following military life and benefits, Military.com has you covered. Subscribe to the Military.com newsletter to receive military news, updates and resources straight to your inbox.

© Copyright 2022 Military.com. All rights reserved. This material may not be published, broadcast, rewritten or redistributed.