Kick-off of the Swiss Young Masters in Basel 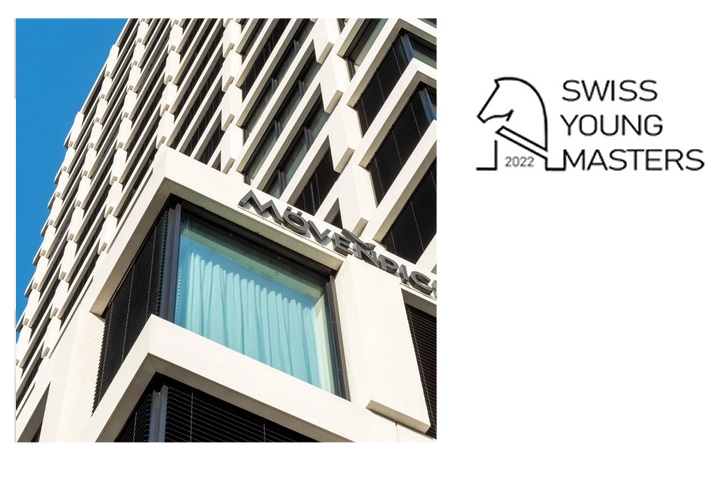 The traditional tournament will take place for the first time in Basel, at the recently opened Mövenpick Hotel near the SBB station. In this invitational tournament, five Swiss players will meet five young masters from neighboring countries. This nine-round event offers the opportunity to acquire a standard for the title of International Master.

On this DVD, GM Yannick Pelletier offers Black a repertoire against the London System that you can use whatever opening (Systems with d5, Systems with g6, Queen’s Indian, Queen’s Gambit, Benoni, Benko, Dutch) you usually play against 1.d4 followed by 2.c4. Thematic games explain and illustrate the theory and ideas of the repertoire proposed by Pelletier.

The Swiss Chess Federation has decided to organize this traditional tournament this year in different regions of Switzerland. The first event will take place in Basel, organized by the Riehen Chess Club. The last six editions have brought many young chess talents to Switzerland, some of whom have since embarked on impressive careers. For a number of Swiss players, this tournament was a cornerstone of their career.

In this year’s group of participants, two players have already reached the standards for the Grandmaster title and are therefore the tournament favorites: Pierre Laurent-Paoli from France and Lev Yankelevich from Germany. There are also two members of the Swiss women’s team in action: Ghazal Hakimifard and Lena Georgescu.

All games live on the internet

All matches will be broadcast live on chess 24, ChessBase and lichess. To ensure that there is no possibility of cheating, transmissions will be made with a 15 minute delay, which is usual for such tournaments.

In order to be informed of everything at all times, a separate homepage has been created: www.swissyoungmasters.ch. You can find all the information there, including player portraits. Results with rankings and many statistics are reported via www.chess-results.com.

The matches will be played from 2:00 p.m. local time, except for the last round which will start at 10:00 a.m. Since it is again possible to admit spectators, they are welcome in the game room!

Both tournaments will be organized by the Chess Federation of Northwestern Switzerland. Registration can be done online on the homepage. On Saturday April 23, there will also be a simultaneous exhibition, in which Swiss grandmaster Nico Georgiadis will face 20 players. The Swiss Chess Federation organizes this event and will also distribute the invitations. Spectators are welcome!

The organization of this tournament is made possible by the Swiss Youth Chess Foundation, which contributes a considerable sum of money. the Swisslos Sportfonds Basel-City and the sponsorship provided by the Mövenpick Hotel also contribute substantially to the realization of the event.

A classic guide to French defense

This DVD gives you the keys to start with the French Defense. General Manager Yannick Pelletier is a specialist in this openness and believes that the most effective way to understand the typical ideas, plans and structures is to study the classic lines.