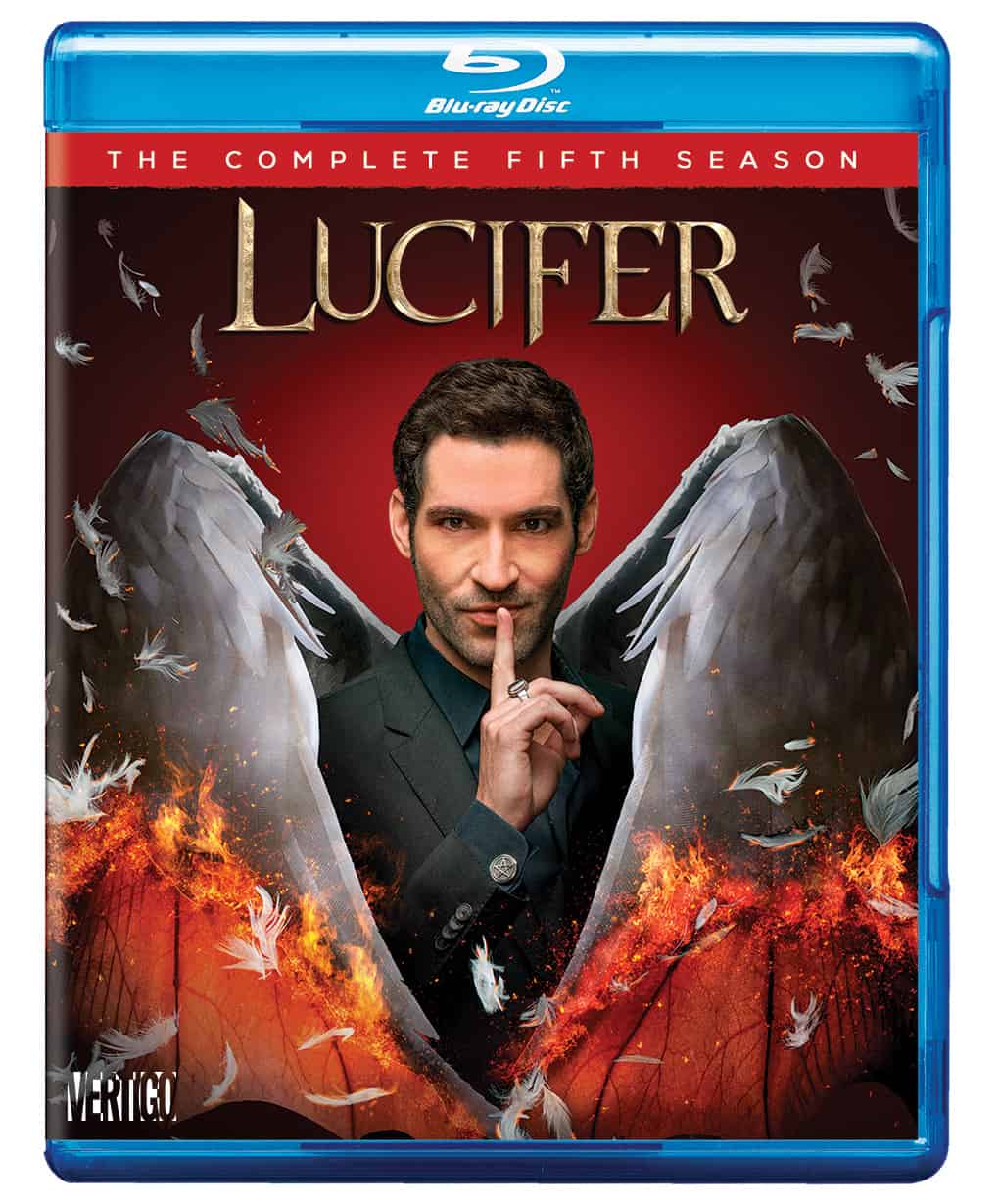 Indulge your deepest desires with Warner Bros. Home Entertainment brings you Lucifer: The Complete Fifth Season on DVD May 31, 2022. You’ll be grinning devilishly as you indulge in all 16 hellish episodes of the fifth season with tantalizing deleted scenes and a bonus gag included. Lucifer: The Complete Fifth Season is priced to own on DVD at SRP$29.98 ($39.99 in Canada) and will also be available on Blu-ray courtesy of the Warner Archive Collection. Warner Archive Blu-ray releases can easily be found at www.warnerarchive.com and on your favorite online merchant sites.

Lucifer: The Complete Fifth Season will also be available on Digital on March 28, 2022 via purchase from digital retailers.

In the fifth season, the stakes are higher than ever. Secrets will be revealed, Lucifer makes a tumultuous return from hell, Chloe rethinks romance, Ella finally finds a nice guy, and Amenadiel adjusts to all the fatherhood. In the first half of the season, Lucifer’s twin brother, Michael, secretly takes the Devil’s place on earth as he returns to Hell. Eventually, Lucifer has to deal with the mess his brother has created in his life. He’ll also finally come to terms with his feelings for Chloe and answer a question fans have been asking since the very beginning: “Are they okay or aren’t they?” Then in the second half of the season, God makes his big appearance. Except Lucifer never prayed for this, and he’s already looking forward to sending dear old daddy back where he came from. Unfortunately for Lucifer, God isn’t going anywhere and wants to enter into every aspect of Lucifer’s life. But our heroes will soon discover that God is there for more than time to bond family!

Lucifer: The Complete Fifth Season will be available on Digital on March 28, 2022. Digital purchase allows consumers to instantly stream and download to watch anywhere and anytime on their favorite devices. Digital movies and TV shows are available from various digital retailers including Prime Video, Apple TV, Google Play, Vudu and others.

Warner Bros. Home Entertainment (WBHE) combines the physical and digital distribution businesses of Warner Bros. Entertainment to maximize current and next-gen distribution scenarios. An industry leader since its inception, WBHE oversees the global distribution of content through packaged goods (Blu-ray Disc™ and DVD) and digital media in the form of electronic sales and video-on-demand via the cable, satellite, online and mobile channels. WBHE distributes its product through third-party retail partners and licensees.

DC, a WarnerMedia company, creates iconic characters, enduring stories and immersive experiences that inspire and entertain audiences of all generations around the world and is one of the world’s largest comic book and graphic novel publishers. . As a creative division, DC is responsible for strategically integrating its stories and characters into film, television, consumer products, home entertainment, interactive games, the DC UNIVERSE INFINITE digital subscription service and the community engagement portal. For more information, visit dccomics.com and dcuniverseinfinite.com.

LUCIFER and all related characters and elements are trademarks of and © DC.