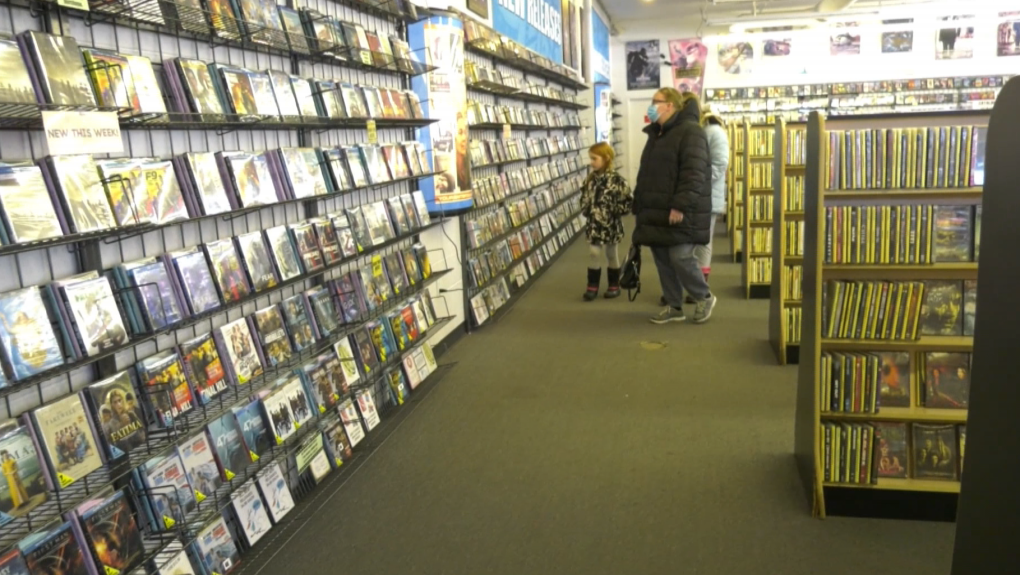 After surviving more than four decades, a local movie rental store struggles to survive as costs rise and streaming services take over.

Joe French took over Movie World in Stony Plain in 2020 during the COVID-19 pandemic after always wanting to own a movie rental store. The shop sells and rents VHS, Blue-ray, DVD and 4K while also selling video games and collectibles.

“I just kind of threw caution to the wind,” French said. “This kind of opportunity will not happen again.”

“My greatest passion is movies,” he added. “Anything related to movies, recommending movies, talking about movies and, of course, watching movies.”

French says the company is struggling so badly that he started a GoFundMe to help pay the bills.

“There have been some really, really tight calls for this place, but that just keeps the awareness going. Let everyone know we’re still here and what we offer rather than mindlessly scrolling down a screen trying to choose a movie,” French says.

“Winter is usually our best time of year,” he said. “This year has been a bit of ups and downs, mostly downs, but that’s understandable. That’s how it is for a lot of people.”

According to him, the store has survived the downfall of the big rental chains thanks to Movie World’s comprehensive selection of rare, unique and current titles.

“These are the rare gems, the hard-to-find things that you wouldn’t necessarily be able to find at the big-box rental stores,” he said.

Now he hopes it will help his business compete with streaming services.

“With everything being exclusive online now, having to subscribe to 20 different sites to get everything you want to watch right now has become quite expensive and irritating,” French said.

Ed Newman has been coming to the store almost daily since 1999.

“If I can’t find anything, I just come and visit,” he told CTV News Edmonton.

“I just came to visit,” Newman added. “I like the staff here. They are great. They already know what I want.”

French says the store is an important community pillar for many regular visitors like Newman.

“He’s been around for so long it would devastate people if he disappeared,” he said.

As someone without cable or a Netflix subscription, he doesn’t know what he would do if the store ever closed.

Amanda Hemminger and her daughters go to Movie World twice a month.

“I did it as a kid with my parents, like my husband, and we wanted to do it with our kids,” Hemminger said.

“It’s also kind of sad that he won’t be around for long, so we’re trying to support,” she added.