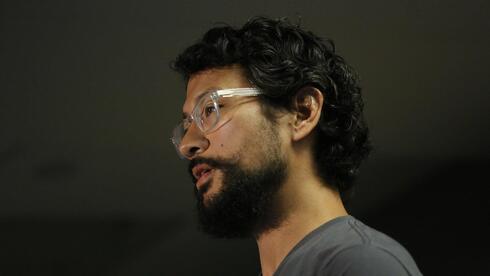 For the average consumer, the biggest problem with Netflix is ​​what to watch. Between new episodes of “Stranger Things” and a different Hollywood-like movie every week, there are 221 million users – 75 million in the United States alone – who turn to the streaming giant every night and depend on it for have fun.

For others, the issue with Netflix symbolizes a giant puzzle of intellectual property protection, actor privacy and security, and regulatory guidelines that must be adhered to in every region it enters. This is a problem not just for Netflix but for Disney Plus, HBO Max, and any other platform currently participating in the streaming wars.

“If you think of Netflix as it ultimately came into existence, there were two main issues,” Jason Chan explained. Chan, who worked at Netflix for 10 years before retiring last year, first led the company’s security efforts as a cloud security architect and then director of engineering. for cloud security and finally as vice president of information security. “The first is that you’re running the largest subscription video platform in the world, so you have hundreds of millions of users with all their private data, payment infrastructure and all that…The other side of the business was the studio side Netflix originally started as a distributor of content from other studios and then around 2013 or so we started building our own studio so think about building a studio, a studio to the cutting edge of technology.

Netflix’s shift to original programming – starting with the data-engineered “House of Cards” with Kevin Spacey – has brought the company a whole new set of security challenges outside of the payment infrastructure, a problem that Chan had called “not an easy problem, but a little more well understood. Suddenly the streaming service went from a distributor to an online streaming studio, which meant the company had to do in the face of a deluge of simultaneous changes. “How do you move the business forward, how do you not slow things down from a security perspective,” Chan mused.

It’s hard to remember today, but the first 10 years of Netflix operated as a platform that would physically send its users a DVD to watch. The pivot to online streaming helped the company conquer the global playing field, but suddenly Netflix also had to tackle regional laws, regulations and bureaucracies when it comes to international streaming. Suddenly, the payment infrastructure looked like a walk in the park.

“This technology was in place to generate greater volume than any studio had created before,” Chan said. Being with the company during its transition from a national messaging service to an international streaming giant meant he was there for most of its transformation. “It was an interesting issue because it brought up a bunch of other topics around content protection. When you think about producing movies and TV shows, celebrities are involved. People want access to those celebrities , people want to know what’s going on so you have people looking to spoil you You’re trying to do IP protection, you’re trying to do conspiracy protection, you’re trying to do personal protection, so it was much more varied and on a different scale.It brought together most of these issues.

Chan no longer works at Netflix, but acts as a consultant for various Israeli cyber companies due to a connection with Bessemer Venture Partners. When he spoke to CTech, he was in Israel for the first time to attend Cyber ​​Week and share the stage with Asaf Kochan, co-founder and president of Sentra. Together they discussed cloud security, data and the overall security landscape. Chan acts as an advisor to the company and was introduced to him by his investor Bessemer, as well as others in the space.

Today, new streaming services are expected to address the challenges that were first identified by Netflix in its global streaming debut. Distribution has changed, content consumption has changed, and our expectations of platform security have changed.

“I guess if I think about my time at Netflix, a lot of it was defined by change,” Chan concluded.