Nothing says “Christmas” like the festive buzz of a holiday job 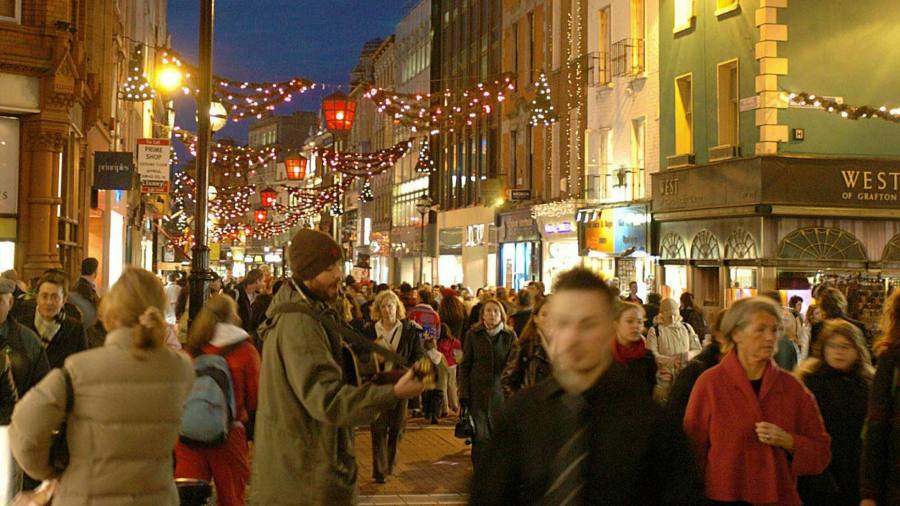 There are certain Christmas carols that will always bring me back to the Dublin clothing store where I worked during my college vacation. The four winters I’ve spent running the floors of Nextwear, I’ve found that nothing rivals the heartbeat of a store as the holiday season is in full swing. While I probably shouldn’t admit it in the diary that employs me now, these are probably the best memories of my professional life. Every Christmas, I briefly wish that I could swap places with my teenage self.

I know my memories of that time are tinged with nostalgia. The same can be said for a colleague from FT who enjoyed his part-time job selling school uniforms at London’s Peter Jones department store so much that he seriously considered enrolling in their management training program. . But witnessing the Polish uprising while on vacation whetted his appetite for world affairs, and the rest is history.

Yet the memory of the £ 20 tips of wealthy foreigners, the joy of the store and the camaraderie with colleagues from all walks of life have never left him. “Nothing has ever equaled that, ever,” he says, over forty years and many professional accomplishments later.

Much has changed since his time and mine. His part-time job was accompanied by a heavily subsidized staff bar. Mine in the early 2000s coincided with the most exciting years of the Irish Celtic Tiger boom. Vacation work was easy to find and clients had a lot of money to spend. As our crisis finance minister, the late Brian Lenihan, so memorably put it, “we all celebrated.”

Students today are not so fortunate. A walk around Dublin reveals homeless people lining up for food a few doors down from the Next store where I worked. It is one of the few homeless cafes that have erupted in the city as the pandemic has pushed many struggling residents into poverty.

One student describes distributing 20 resumes over the past few years and only getting one response. It was before the Covid. Another describes how the pandemic has led to staff shortages and uncertainty about schedules, against a backdrop of ever-changing opening rules.

Recent supply chain issues, which led to stripped shelves and frustrated customers, have made the mood in stores today very different from what I remember. I’m going to another Next store across Dublin. Less than four weeks before Christmas, there are only a handful of people in the store. The buzz of my retail past – when researching sizes, getting people into dressing rooms, packing clothes, and entertaining bored kids, meant being a part of so many Christmases – is particularly absent. . Now, Next plc tells me, online shopping has brought about a sea change in the way the holiday season works in retail. Next hires “considerably” fewer seasonal employees in department stores than in my day. What used to be a rite of passage for many of us is becoming an increasingly rare opportunity.

Some, whose memories of the Christmas counter service are less favorable than mine, might say it’s not a bad thing. But I will always disagree. My favorite Christmas memory is always linked to the camaraderie of a festive sleepless night. At Next, all staff had to work part of Christmas Eve. Campaign students who wanted to get home in time to prepare for the celebration usually took a shift that began on the evening of the 23rd and ended at dawn. We worked all night, selling shoes, tops and dresses for the post-Christmas sales.

I remember the Celebrations and Quality Street candy boxes. I remember my beloved Christmas tape blasting through the store. I remember how we sang, laughed, ate, and put red dots on the labels to find out what was on sale and what was not. I remember a year when I used some of the money I earned from all those vacation shifts to buy a DVD player on the way to my Christmas shift, and it felt like that Santa Claus brought it back to my mother, sister and brother.

I remember driving to Dublin’s main train station on Christmas Eve morning when it was still dark, and embarking on the two-hour journey to my hometown, where I ended up late. morning, drunk, tired, teary-eyed and never happier the rest of the year.