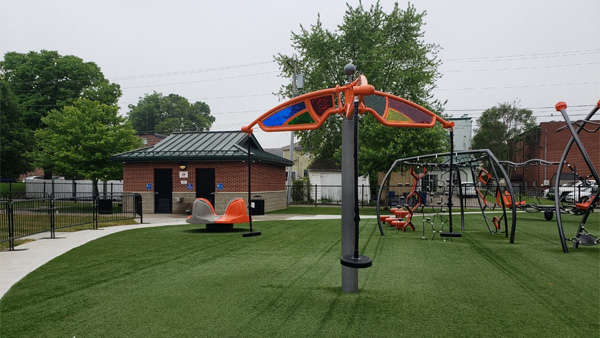 The City of Lawrenceburg is asking the public to keep a watchful eye.

(Lawrenceburg, Ind.) – Petty vandalism continues to be a problem in the bathrooms of Arch Street Park.

At Monday’s parks and recreation committee meeting, Town of Lawrenceburg Mayor Kelly Mollaun asked for the public’s help in nipping the issue in the bud.

“We need the public’s help,” Mayor Mollaun said. “Our police cannot be everywhere at all times. If anyone sees someone doing something, I don’t want you to approach them if you don’t feel comfortable, but call the police. They’ll go take a look.

Some of the recent petty vandalisms include soaking toilet paper in water and slinging it to walls and ripping paper towel dispensers from the wall.

The city of Lawrenceburg has no way of knowing who is committing the vandalism because there are no cameras in the restrooms.

“We have great camera footage there, but we can’t do anything with people walking into the bathroom,” Mayor Mollaun said. “You don’t have video footage inside the bathrooms. So you don’t know who’s doing it at what time.”

The city plans to put new locks on the bathrooms to keep anyone out after hours.

In other Arch Street Park news, new grass has been laid in the park, along with new concrete. New benches will be arriving soon.

Monday’s meeting can be viewed in the video player below.