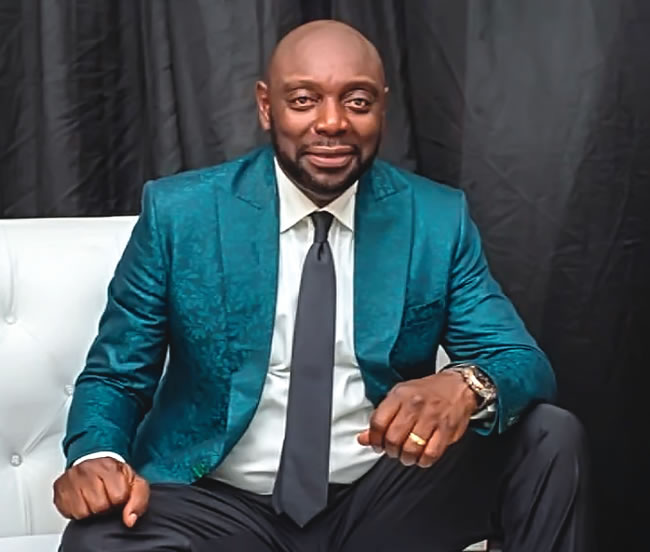 Veteran Nollywood actor Segun Arinze was on the set of a new movie ‘Ivie’ and spoke with reporters about the scourge of intellectual property abuse, the threat of misused social media and the role of Nollywood in society information. ROTIMI IGE was there and brings extracts.

As an actor on the set of Ivie, can you tell us about your role in the film?

I don’t really want to give details as it’s still a work in progress, I’d rather we keep that element of surprise. Regarding the subject of the film, it is based on issues of abuse of women in terms of everything we see in society today, such as drumming and pedophilia. The general thing is the need to focus on girls and the fact that we have to wean them like our mothers did back then. We should make their life worthwhile. It’s crazy what’s going on there, the kind of things I see, read and stories I get told all boil down to one thing, the need for responsible parents to do our jobs. We can’t be too busy that we can’t focus on what’s going on in our families. There is too much pressure on teachers who are themselves parents and have to take care of their own children. I think there needs to be a partnership with the school, their parents, guardians and family members. There is something that I taught my little girl; anyone touching you inappropriately, report it. And for the boys, no harassment.

As a veteran of Nollywood, the industry recognized as the vanguard of society, what do you say to those who attribute many of the vices that are in society to the industry?

Nollywood is the watchdog of society, but a lot happened before the advent of Nollywood. Of course, we’ve always had an industry, but when you try to lay the blame on Nollywood’s doorstep, I think you’re shirking your responsibility. There is nothing you see now that hasn’t happened before so what Nollywood does is just bring out the stories and the facts and recreate those facts to let you know that those things are wrong. If you see a movie and at the end of the movie, evil triumphs over good, then the movie has failed. And it’s not just Nollywood, it’s film industries all over the world. These are the things they do for family guidance, social change, education and information so you can’t blindly say Nollywood it’s like you’re trying to blame while trying to run away from your responsibility. We will continue to be the voice of society, we will continue to see things that are wrong and tell you that it is wrong because that is what the industry is all about. So wherever you hear this, I’ll ask you to disregard it. What I like to see in Nollywood now is that we’re getting more professional, we’re making better movies. They say we do rituals in movies, but rituals are part of life. The popular British film Harry Potter is about ritual and magic. It’s witchcraft, but you’re going to take some money and go watch Harry Potter instead. But when you see a movie shot in Asaba and Lagos and the man is wearing red, they start saying ‘Nollywood has started the ritual again’ and then you start blaming the industry and condemning your own. It’s crazy, it’s disgusting. We tell the story as it is. It’s our job, we are storytellers. When a man gathers children under the tree and tells them a story about someone who did something wrong, at the end when he asks them what the moral of the story is, you don’t expect not that they say what the storyteller did was wrong. He just tells them a story. Sometimes we make movies, we sit down for people to come see the movie before it’s even released to the public and they censor it. We tell the Nigerian story. We tell the African story. We have evolved over the years and will continue to evolve with better films; young actors are also arriving. And I encourage all young people to keep working and never stop. Keep working and never stop asking questions.

The world recently celebrated Intellectual Property Day, and Nollywood is one of the industries where these issues affect practitioners. Are things better now when you look back?

I think people pay lip service to this IP thing because people are always stealing your work. I don’t think it’s fair because after marking the day everyone goes back to relaxing. The question of intellectual property should be a permanent thing, it is a continuous thing and should not have an end. You find people stealing people’s stories, changing the stories; sometimes you make a movie, people put it on tape or USB sticks, take it out of the country and go make money. Yet you are high and dry, which makes no sense. I think there should be more in terms of enforcing the laws that exist to protect intellectual property. And that’s where I’ll call the National Assembly. They should get together and see how they can move these laws forward. Right now, when you infringe intellectual property rights and get sued, it’s just a slap in the face, it’s like stealing meat from the pot. Stealing is stealing, no matter how you look at it, there is no small or big thief, likewise, a crime is a crime, a thief is a thief. I just believe that we’re just speaking out, and until we’re ready as an industry to talk about it and do something about it, piracy, intellectual property theft will continue to evolve. If we just push and do nothing about it, Abuja will just watch you. But if you push and make all the noise, they will react and do something about it. Even the police need to have an intellectual property department. Police forces are very numerous, so you can create a department for copyright, not only in the entertainment industry, but for others. You can be an architect and someone steals your designs, which is also a violation of your copyright. We need to give it serious attention.

What do you think is the first step to achieve this? Create better laws, update laws?

You have just answered the question. It is a question of updating the laws and thus strengthening them, of making the penalties more severe; I’m not saying capital punishment, but make it very severe. Confiscate all materials, go to the person’s account, lock the account, take all the money from the account and return it to those whose intellectual properties were stolen. Take Chinua Achebe’s books, ‘Things Fall Apart’, ‘No Longer At Ease’ and ‘There Was A Country’; I’ve seen them on the street being peddled and sure enough they’ve been hacked. During the first three weeks of “Lion Heart” by Genevieve, when it came out, I personally got out of the car and was chasing the guy holding the DVD he was selling on the street.

What do you say to those content creators or artists who bring their works to these criminals to hack them so that they become popular?

Has social media even made the country better? This is the question you should be asking yourself, not just Nollywood. Has social media helped anyone? What you find on social media is sometimes very disgusting. People take advantage of the fact that social media is an open platform for you to go out there and litter. Social media is a dumping ground, so you sift through it, choose what you think applies to you, and use it. If you’re lucky, you get better. If you’re not lucky, you go down with it. Nowadays, children have phones and parents hardly censor their children; they go on Youtube and Instagram. These days, everyone wants to do TikTok, it’s crazy. People do anything and everything, so it’s trash. When you go there, you start filtering out what you think is the right content to consume. Social media also has its own positive. It has helped us recently. I think celebrities should use social media to help change. Talk to younger people. Talk to the boy, talk to the girl. Once a child is born into a family, that child becomes integrated. Just be careful how you handle social media. You must be extremely careful when rolling these dice, if you roll the dice the wrong way, you sink with it.

IN CASE YOU MISSED THESE NIGERIAN TRIBUNE