Police catch suspect in subway attack that killed his mother walking up the stairs with her son; Said he heard a “loud crackle” before fleeing the scene to a DVD store 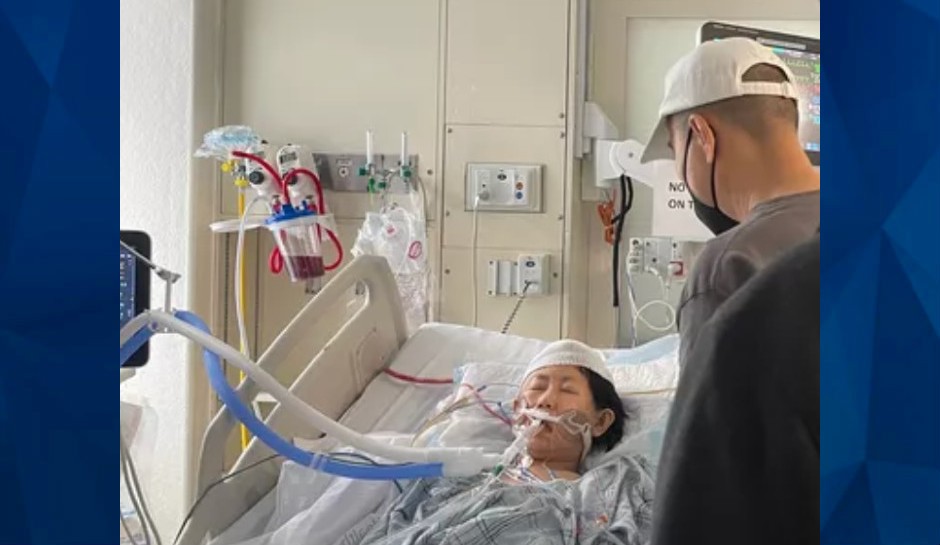 New York Police have arrested a man wanted since this summer for allegedly killing a woman when he knocked her down the stairs of a subway station, WCBS-TV reports.

David Robinson, 53, was in court on Saturday on indictment to face charges related to the death of Than Than Wtwe, 58.

Investigators said Wtwe was walking with his adult son on July 17 at the Canal Street subway station when Robinson believed his son had thrown trash at him, according to the New York Post.

UPDATE: David Robinson has been arrested by your @NYPDDetectives & charged with this murder. https://t.co/n0dZUGkHnS

Robinson approached behind the two and attempted to grab the son’s backpack as he and his mother walked up the steps, NY1 reports. The attack knocked the son off balance, causing him and his mother to fall down the stairs.

In an interview with police, Robinson reportedly admitted hearing a “loud crackle” when Wtwe’s head hit the ground, according to the newspaper. Robinson then got on a train and went to a DVD store. Investigators were able to track him because he left his fingerprints on items he picked up from the store, according to the Post.

Wtwe, who worked as a seamstress, was in a coma for two weeks before she died on July 28. Her family donated her organs, according to WCBS-TV.

Robinson told authorities he stayed away from the crime scene after the incident, instead staying in Newark, New Jersey.

Police finally arrested Robinson in Central Park on Friday after receiving a tip from Crime Stoppers.

Robinson faces two counts of manslaughter. He is being held on $ 100,000 bond and is expected to be back in court on Dec. 2, according to NY1.

Moe Chan, a community activist and friend of the Htwe family, told NY1 that Robinson should have been charged with a hate crime.

“I find it very disappointing,” Chan told the TV station. “Even though I’m not a lawyer. . . as we all know many Asians have been attacked for some reason, yet some cases are accused of hate crime. Other, non-accused hate crime cases, and this one is one of them and it’s very disappointing.

Wtwe’s son, a sophomore college student, lives in Brooklyn with his father. The family immigrated to the United States about five years ago from Myanmar for a better life and to escape the country’s dictatorial violence, Chan told the TV station.

In an update from GoFundMe following Wtwe’s death, her son, Kyaw Saw Hein, urged readers to spend time with their mother.

“I just want to tell everyone reading this to always cherish the times you have with your mom,” Hein wrote, according to the Post.

The Metropolitan Transportation Authority released a statement on the case on Saturday.

“Our thoughts continue to go to the victim’s family,” the statement said, according to the Post. “Once again, it is clear that with cameras in every metro station, anyone who attacks transit users can expect to be identified and face justice.”

For the latest crime and justice news, subscribe to the “Crime Stories with Nancy Grace” podcast. Listen to the latest episode: