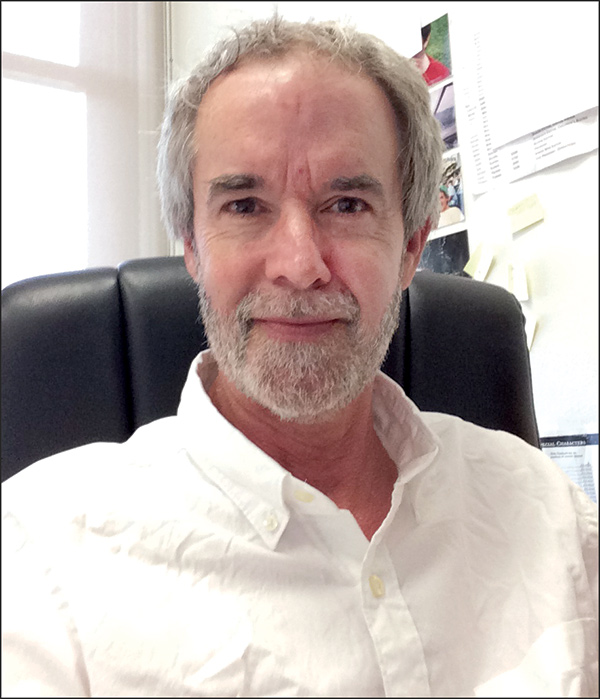 When I was asked to be the editor of TPIn the 150th anniversary issue of , I first turned to the other five landmark quarter-century anniversary issues – from 1897, 1922, 1947, 1972 and 1997 – as a quick way to reacquaint myself with the breadth of this magazine in which I had spent 26 years, the heart of my professional life. It’s not that I was gone TP– it’s rarely done, I’d heard of it, and I’m now proof of that – because even in the years after I retired in 2014, I was a subscriber and kept up to date with the industry (and shares of former colleagues). But looking at the most recent anniversary issue, the 125th from 1997, an issue I had worked on closely, I saw an industry that, while recognizable, was truly from another era, culturally, politically and above all, technologically. Book clubs held nearly 20% of the market, Barnes & Noble and Follett’s privatized college bookstores, Starbucks’ Howard Schultz told Oprah Winfrey about selling her titles with the lattes, while the ABA sued five publishers for discrimination by prices. Meanwhile, Bill Clinton was sailing smoothly into his second term; Fox News was only six months old; there wasn’t even a Daily show.

The 125th anniversary issue ended with a selection of “publishing visionaries” who envision the changes that digital technology could bring. E-books are “not in themselves a threat,” said Grant McGuire, president of RR Donnelley, but “the World Wide Web” could turn people away from reading. Consumer electronics expert Tony Seideman predicted that WebTV, pointcasting and convergence were the big things to come, while Nicholas Negroponte, co-founder of the MIT Media Lab, claimed that the future was in electronic paper – “it looks and feels like paper” but is a “very thin transparent conductive grid.” Negroponte concluded, “I’m not one to dwell on the smell of the printed book…or the black ink coming off my fingers…I won’t miss them.” What everyone missed was Amazon.com’s IPO two months earlier on May 15, 1997.

A cascade of unpredictable changes has followed, affecting what books look like, how they are read or listened to, how they are purchased, where they are purchased, how they are priced, who writes them, distributes them, prints them, promotes them, etc These lightning-fast changes have posed a threat to all segments of the industry – the American impression is not the same; the list of book distributors has been totally transformed; independent booksellers such as chains suffered losses and readjusted; people can now read books without the threat of ink on their fingers or the smell of print, but that’s thanks to a Kindle, or a phone, or a tablet, not e-paper or a DVD-ROM. TP managed to see it all “from a front row seat”, as Andrew Albanese puts it. It’s a story we lived to tell and are bound to tell.

It was my first thought to adopt a theme for this issue: rather than dwelling on our 19th century roots and our 20th century mandate, I recommended focusing intensely on the past 25 years, conveniently since our last anniversary issue, but on the bottom much more important dividing line.

In the pages that follow, you will see that emphasis is maintained, but only so far. There are indeed segments of the industry totally transformed or even created by the repercussions of the digital revolution, either directly or indirectly – Sophia Stewart describes how the art of book promotion involves platforms previously unimaginable; NPD BookScan’s Kristen McLean paints a picture of what the public is reading and who they’ve read since the service launched nearly 20 years ago; Julie Schaper, now at Ingram but long synonymous with Consortium, details her 30 years of restructuring independent press distribution; Longtime Regnery executive Marji Ross writes about how Amazon and Fox News have helped conservative publishers find their conservative readers (and vice versa). Additionally, some publishing categories have found their niche or found new horizons since the mid-1990s: Leonard Marcus writes about how the appearance of the first Harry Potter in 1997 changed children’s book publishing and inspired and retained new readers; Calvin Reid, who helped the field of graphic novels and comic books emerge from the general trade comic book store environment, details this phenomenon, while Cathy Grossman and Emma Wenner describe much the same type of achievement in religion books, which branched out from the predominantly Christian bookstore market into chains and indies. And of course there is the world of retail, which has seen perhaps the most enormous changes, with independent bookstores trying to survive first the spread of stores in malls and then the to the growth and rapacity of chains, and then to online book sellers led by Amazon, a story deftly tracked by veteran bookseller journalist Judith Rosen. Other categories covered include books by politicians, midsize publishers, progressive publishers, self-publishing, national and international book fairs, libraries, evolving e-book and audiobook technology , and even printing.

But some questions did not fit into this smaller inspection window. To examine censorship in book publishing, Gayle Feldman goes back to the Comstock Act and the 1920s; Jim Milliot traces corporate consolidation back to the 1980s; John Maher dives deep into TPto present not only the growth and evolution of TP over the years, but from the industry itself. And there’s no denying that diversity in the craft has always been lacking, as our three essayists on the subject attest and as Tracy Sherrod shows in her well-researched history of black publishing and black voice publishing. from the beginning of the 20th century to today. . Sherrod’s important article – and its prescription for the future – concludes our look at ourselves and the industry.

A concrete, yet simple example of narrowing the focus and then opening up to a wider opening is my article on “difference makers” in business. Our latest anniversary issue listed 75 people who have left an indelible mark, from our founder, Frederick Leypoldt, to Bennett Cerf, Jason Epstein, Alfred and Blanche Knopf, Margaret McElderry, Barney Rosset, Maxwell Perkins, Roger Straus, Nan Talese. , and Helen Wolff. We have decided that 25 other members should be inducted into this club, those who have marked this century. You will find them in the pages here, as well as four TP the staff left out the previous list which shouldn’t have been so overlooked, and six of our most recent ones which have been invaluable in getting us here. My apologies in advance to all those people who have also made a difference in this vast undertaking that depends on so many people.

When Frederick Leypoldt, an anxious man with a bibliographer’s need for order, decided that the book publishing and selling industry needed a reliable and timely source of information, he knew the problems of first hand, as a foreign book importer, bookstore owner and publisher. Publishing and selling books was different then – there was no applicable international copyright law, no agreed territories, no rights trading and no agents (the first agency, AP Watt, was 20 years old). The “solicitors” went from town to town looking for book orders. “Auctioneers” made modest bids to publishers for unsold inventory, then held a “trade” event—an auction—or shipped the excess to distant, underserved markets. Publishers can sell sections of a book to another publisher for printing, or even sell “sheets”. Foreign editions could flood the market. As soon as Leypoldt published the first issue of Weekly commercial flyer for publishers and stationers, on January 18, 1872, he and his small staff began to bring some welcome order while providing a forum for lively debate, and there was plenty of it. The lively second volume of John Tebbel’s invaluable book History of book publishing acknowledges that his main source was “the files of Weekly editors.”

Leypoldt’s humble ambition – “To make a practical article, which should help the trade to sell books and make money”, as well as to serve as “an organ of trade teaching” – can be seen as a success. Although Leypoldt died of exhaustion in 1884, his widow, Augusta Garrigue Leypoldt, in partnership with new owner Richard Rodgers Bowker, kept Leypoldt’s vision alive. Only such a historical review can discern the pattern, a sort of DNA, that runs from a German bibliographer and his Swiss-German wife to Yankee RR Bowker to Jeff Bezos, a brilliant and ambitious young engineer from Princeton who dreamed of an “all store.” In the middle of the 20th century, TP had become only part of a bibliographic juggernaut, the Bowker Society, which published annually Index Medicus, literary marketand Printed books, the latter endeavoring to keep abreast of all the books available. In 1969, RR Bowker was awarded the contract to assign all ISBN numbers.

When this young engineer in 1994 was looking for a product category he could target and dominate for online sales, it was the existence of the downloadable Books in Print database and the unique 10-digit identifier that each title bore which attracted him to the books. Judge as you will of the fortunes and misfortunes due to this lineage. A technological revolution is by definition a change, and there are inevitably losses. But it seems clear that today, a quarter of a century after the start of this revolution caused by Internet commerce, the business and culture of publishing and bookstores – commerce, if you will – have proven themselves. Against all odds, print survives, independent booksellers survive, independent publishers – and self-publishers – now more able than ever to market their products also survive. Like a TPtestimony of an industry fully aware of the importance of obtaining reliable and timely information on the book trade and keeping abreast of changes.

Under Leypoldt, the TP The masthead was adorned with his favorite quote from the philosopher Francis Bacon: “I hold every man indebted to his profession, from which, as men of course seek to receive countenance and profit, they must by duty strive, by the way of reparation, to be there a help and an ornament. Certainly, TP is indebted to his profession, and for a long time has endeavored to remain its essential ornament.

A cascade of changes since our last anniversary issue has transformed the company.

This article has been modified from the original version.

A version of this article originally appeared in the 04/19/2022 issue of Weekly editors under the title: It’s a long story