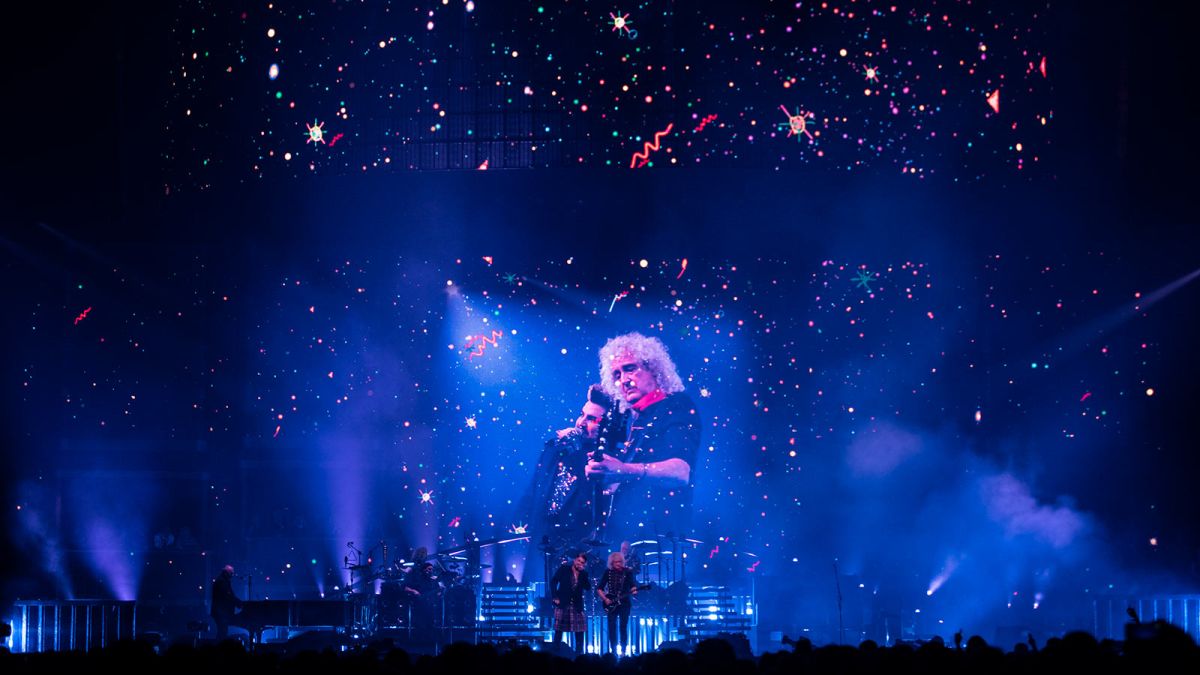 The online event will take place on July 24 and will feature a 28-song concert film, which was recorded in great detail using a team of over 100 technicians and 26 cameras.

Everything will be showcased via KisWe’s live streaming platform, allowing fans to interact with live chat, cheer buttons and other futuristic gubbins, including exclusive digital stickers and the ability to purchase merchandise during the show.

Fans will also be able to submit questions for the band to answer during a live-streamed Q&A session before the show.

However, this is all secondary to performance. As mentioned, the film features a terrific 28-song setlist that will include the likes of Bohemian Rhapsody, Bike race, These are the days of our life, Under pressure and A kind of magic.

QAL’s press release also promises a “heavy” solo set from Brian May and a poignant duet with (a reprisal video from) Freddie Mercury.

Just like a real arena show, tickets come in a variety of confusing packages, though at least we can guarantee you won’t get stuck behind a pillar for that particular concert.

Anyone purchasing a ticket (starting at $20) will have access to the concert film (through July 31), live Q&A before the show, and the option to stream the documentary. The Show Must Go On: The Queen + Adam Lambert Story in the two days preceding the event.

Upgrading to the RhapsodyPlus ($30) option gives you access to another set of on-demand videos, including Summersonic – Living in Tokyo, Live all over the world, ‘Queen + Adam Lambert – Meet the Press’ and the “Living around the world” launch the questions and answers. For $10 more, you can stream it all in 4K.

Finally, the excellently titled I Want It All ($75) bundle gets you all of the above, plus a Rhapsody Over London t-shirt.

If you want all, or at least some, go to Queen live streaming site to buy tickets.