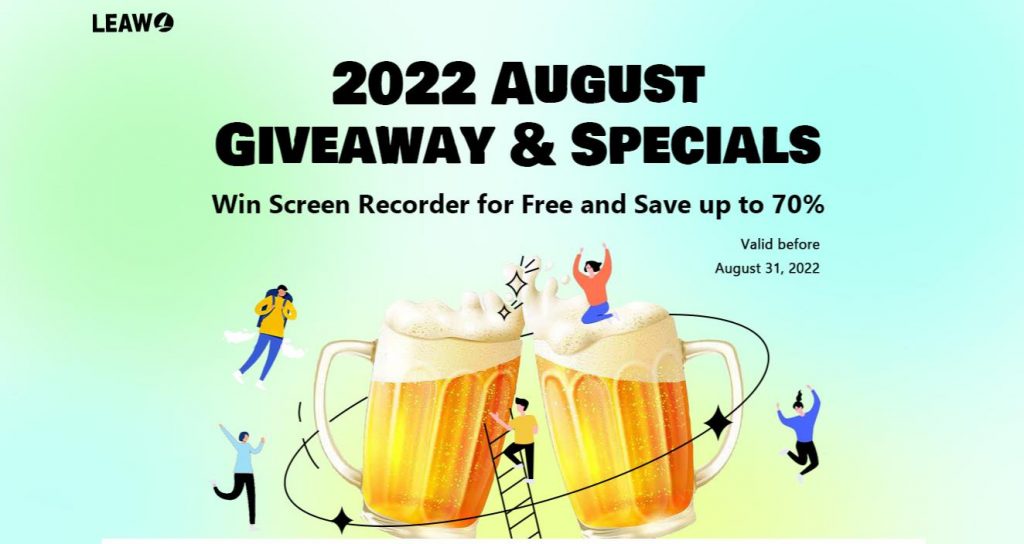 Between back-to-school sales and end-of-summer deals, August is a shopaholic’s dream month when Leawo offers up to 70% off, Screen Recorder gift and $30 coupon % sitewide.

(ProNewsReport Editorial): – Shenzhen, Guangdong, August 16, 2022 (Issuewire.com) – August is the last official month of summer and is usually the hottest month. This month has been filled with back-to-school sales and end-of-season discounts as retailers and shoppers prepare to transition into the fall. However, with inflation above 9% and many retailers struggling with declining sales, the period remains extremely difficult for trade. If people don’t know what is worth and what to expect, Leawo Software, a leading developer and supplier specializing in multimedia solutions and data management software, launches its 2022 August Giveaway & Specials Online Sales, offering up to 70% off, freebie for Screen Recorder and 30% coupon sitewide. This activity will last until August 31, 2022.

Of all the discounts, the Ultimate Blu-ray Toolkit should be the most worthwhile purchase, as it is a 4-in-1 package which includes Leawo’s flagship products – Blu-ray Ripper, Blu-ray Copy, Blu-ray Creator and Blu-Ray Cinavia Removal. With this bundle, users can enjoy a one-stop solution for Blu-ray/DVD, including decrypting, ripping and converting Blu-ray/DVD movies to video/audio files in various formats, burning Blu-ray/DVD photo/video files, copy and backup Blu-ray/DVD movies, remove Cinavia watermark from Blu-ray to get Blu-ray copies without Cinavia, and more. Now with a 70% discount, this bundle is available for $147.92, saving $221.97 for a limited time. Here are the detailed presentations of these products.