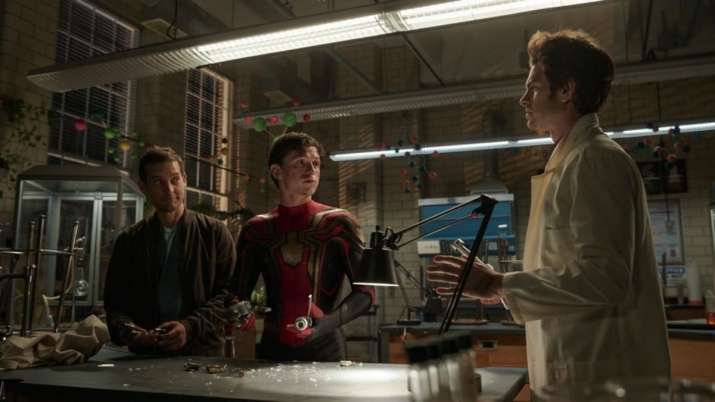 Global blockbuster Spider-Man: No Way Home, starring Tom Holland and Zendaya, was leaked online on piracy sites days before it aired on OTT. It’s unclear when the HD version of Marvel Studios’ money-making biggie was leaked online, but it’s believed to have happened earlier this week. Now, Sony Pictures has moved the OTT release date forward by an entire week. Previously, March 22 was set as the air date for the latest Spider-Man movie, but now it will be released on Vudu on March 15.

Meanwhile, the DVD release of Spider-Man will launch on April 12. But, after this hacking strike, it is unclear whether this date will remain the same or not. Prior to the release, the film was leaked several times. Plot and cast details, set images, and even snippets of the trailer have leaked online.

The film was nominated for Best Visual Effects at the upcoming 2022 Oscars. It is up against films like Dune, Free Guy, Shang Chi And The Legend of The Ten Rings, and No Time To Die. The 94th Academy Awards will air on March 27.

At the worldwide box office, Spider-Man: No Way Home has collected 1.86 billion USD (about Rs 1,42,77 crore), according to Box Office Mojo. In the list of the highest-grossing films in the world, it comes in sixth place. The success of the movie is to be hailed as it was released during the pandemic and all the other movies perched on it were released in the pre-pandemic era.