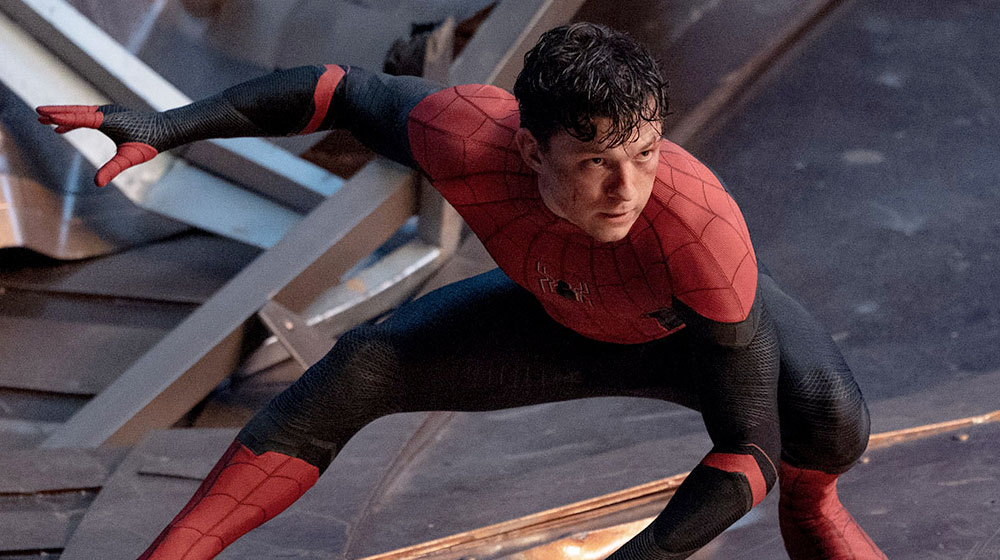 Now that Spider-Man No Way Home has hit the big screen, it’s time to look at the UK DVD, Blu-ray and Digital release date, which is sure to be one of the biggest ever. the new Year. It’s already had a strong showing at the box office with fans and critics talking about the film with its many twists, as well as the big slug of villains from Christmases past.

The digital release will be your first opportunity to own the film, but it won’t be too long before DVD and Blu-ray (see more details below) bring the multiverse’s breaking story to home entertainment. If you haven’t seen the movie yet, the story picks things up with Peter Parker as his identity as Spider-Man is revealed to the world at the end of Far From Home.

In an effort to reverse the madness, he has Doctor Strange cast a spell to make everyone forget who he is, but things go a bit messy and the spell eventually breaks, bringing elements of different realities to the MCU. . Unfortunately for him and Strange, this mostly involves Spider-Man villains Lizard, Electro, Doctor Octopus, Sandman, and Green Goblin.

The Spider-Man No Way Home UK digital release date was your first chance to buy the film, but home premier was your first chance to see it outside of the rental cinema and you can find out more about that with the links at the bottom of the page. It was released to buy digitally on Monday 4 March 2022, so it’s available now on Amazon Prime and iTunes in the UK.

With the digital release in the bag, the film will then arrive on DVD and Blu-ray in the UK with a confirmed release date of Monday 4th April 2022. This puts it in contention for the number 1 Easter holiday spot, which will complete the double following its dominance on the big screen at Christmas 2021.

It also makes it the longest big screen run we’ve seen in quite some time with movies like No Time To Die, Venom 2 and Shang Chi and the Legend of the Ten Rings coming to digital, DVD and Blu-ray a lot sooner after their theatrical release. This was largely due to the impact of COVID-19 on box office sales, but with the huge success of Spider-Man No Way Home, it seems Sony wanted to give it as much time as possible on the big screen. screen.

It should also have competition from The Matrix Resurrections, which hit the big screen a week after. There will also be The King’s Man, Clifford the Big Red Dog and Steven Spielberg’s adaptation of West Side Story.

We’ll keep you posted with more details on the DVD, Blu-ray, and 4K release as they’re confirmed. do not forget to Follow us on twitter to see news and updates on upcoming releases, and you can catch more on the movie with the official Spider-Man movie Twitter page at https://twitter.com/spidermanmovie.

Looking at the usual home entertainment release window for North America, Spider-Man No Way Home should have been available in the US to purchase the digital version in March 2022 and it has continued to be the case as it became available with a similar schedule. to that of the United Kingdom. The Blu-ray and 4K versions of the film would then normally land about a week later. However, with the longer time between digital and physical home entertainment formats on the east side of the Atlantic, it could well end up being early April too.

You can also check out our movie news section to keep an eye out for the latest upcoming movies, or visit the Sony Pictures website at https://www.sonypictures.com/.

While there are aspects of Spider-Man No Way Home that you could theoretically choose from a critical standpoint, the reality is that it’s a lot of fun and will be one for fans of the series to revisit. digital, DVD and Blu-ray for years to come. The action is crazy with so many baddies and surprises in the mix and when you combine that with the comedic aspects you have a winning formula.

The main cast members have been brilliant on the show since Spider-Man Homecoming, and they’re at their best in No Way Home with close on-screen relationships for Peter, MJ, Ned, Aunt May, and Happy. It’s an emotional rollercoaster when you look at everything that’s going on, but the reason it works is the cast and their performances, which range from silly fun to teary-eyed raw emotion.

They’re joined by the new additions to the cast that bring a lot of acting power to the film with Benedict Cumberbatch’s Doctor Strange working well as a kind of Tony Stark replacement. The villains are also a delight to see in the same film and the acting talents of Alfred Molina, Willem Defoe and Jamie Foxx combine to give the climax the kind of gravity it needs to make it one. major MCU movies since Avengers: Endgame.

The story, written by Chris McKenna and Erik Sommers, is quality with a multiversally perfect flow from start to finish, which is underpinned by Jon Watts’ continued quality of direction and Mauro Fiore’s cinematography. The CGI and special effects work much better than in Spider-Man Far From Home, which wraps things up to make No Way Home one of the best big-screen adventures for Peter Parker we’ve ever seen, which will add to anticipation for the digital, DVD and Blu-ray release date.