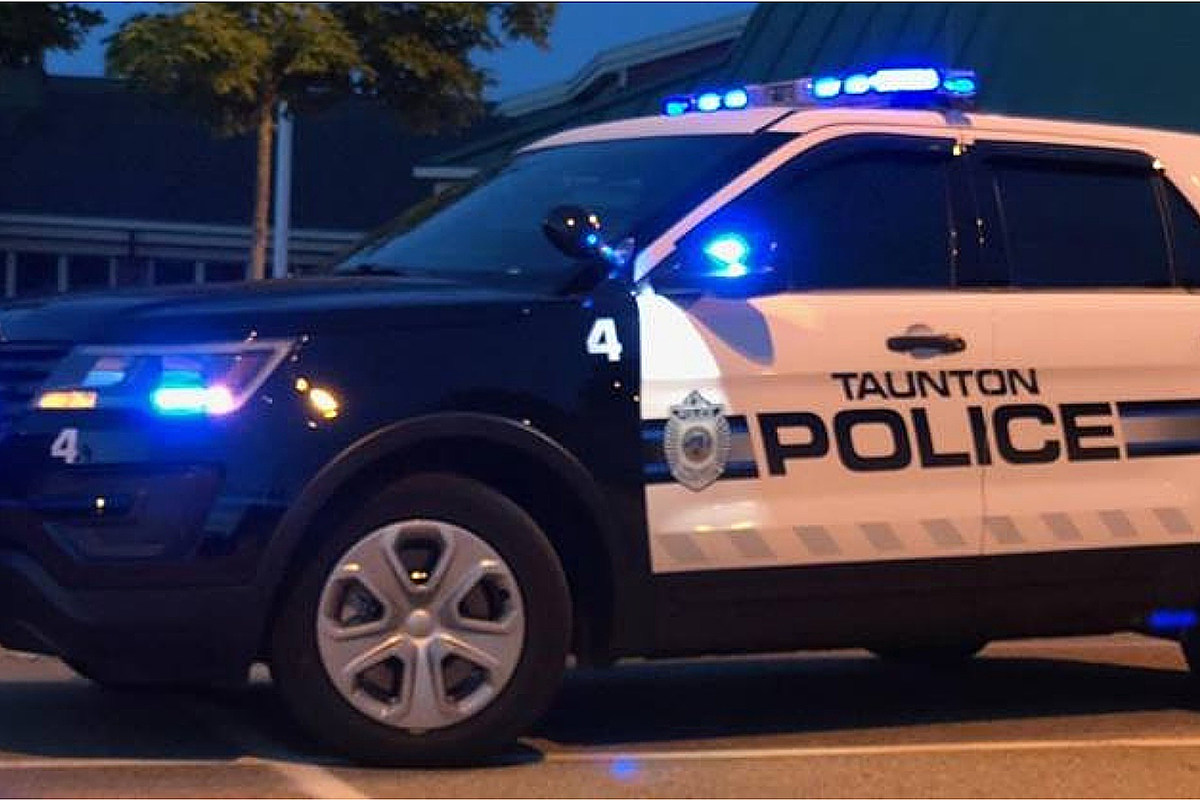 A Taunton man was arrested on multiple firearms charges following an attempted robbery on Sunday evening.

According to a statement from Chief Edward J. Walsh, Taunton Police were dispatched to 12 Chandler Street on Sunday June 5 at around 9.15pm following a report of an attempted armed robbery.

Officers arrived and spoke with the reported victims, a 24-year-old Norton woman and a 21-year-old Mansfield woman.

“The victims told police they were sitting outside on the steps of the entrance to the apartment complex when a man approached them,” Walsh said. “The man allegedly asked them to empty their pockets and pointed what appeared to be a handgun at their faces.”

Walsh said officers learned that a single shot was fired into the sky and then the suspect reportedly fled the scene on foot.

Taunton Police quickly located a suspect who matched the description of the victims running through the woods in the area of ​​100 Danforth Street. Police established a perimeter around the woods and searched for the suspect with the assistance of K-9 units from the Massachusetts State Police and Raynham Police.

A Taunton police officer located the suspect, later identified as Judah Grigsby, 20, of Taunton, in the woods near Holyoke Street and Chester Street. They lost sight of him before he could be apprehended, but saw him running towards Lynn Street. It was there that he was soon found hiding under a car trailer by one of the K-9 units. Grigsby was arrested without incident, Walsh said.

Walsh also said a 9mm casing was found at the crime scene in the apartment complex, and he said police also found a loaded 9mm handgun hidden underground near the place where Grigsby had been found hiding in Lynn Street.

Grigsby faces a number of charges, including the use of firearms in the commission of a crime; carry a dangerous weapon; two counts of assault with a dangerous weapon; discharging a firearm within 500 feet of a building; illegal possession of ammunition; attempt to commit a crime (armed robbery); and resist arrest.

Grigsby was due to stand trial today at Taunton District Court.

Below, find out where 25 of history’s most infamous crimes took place – and what these places are used for today. (If they remained standing.)