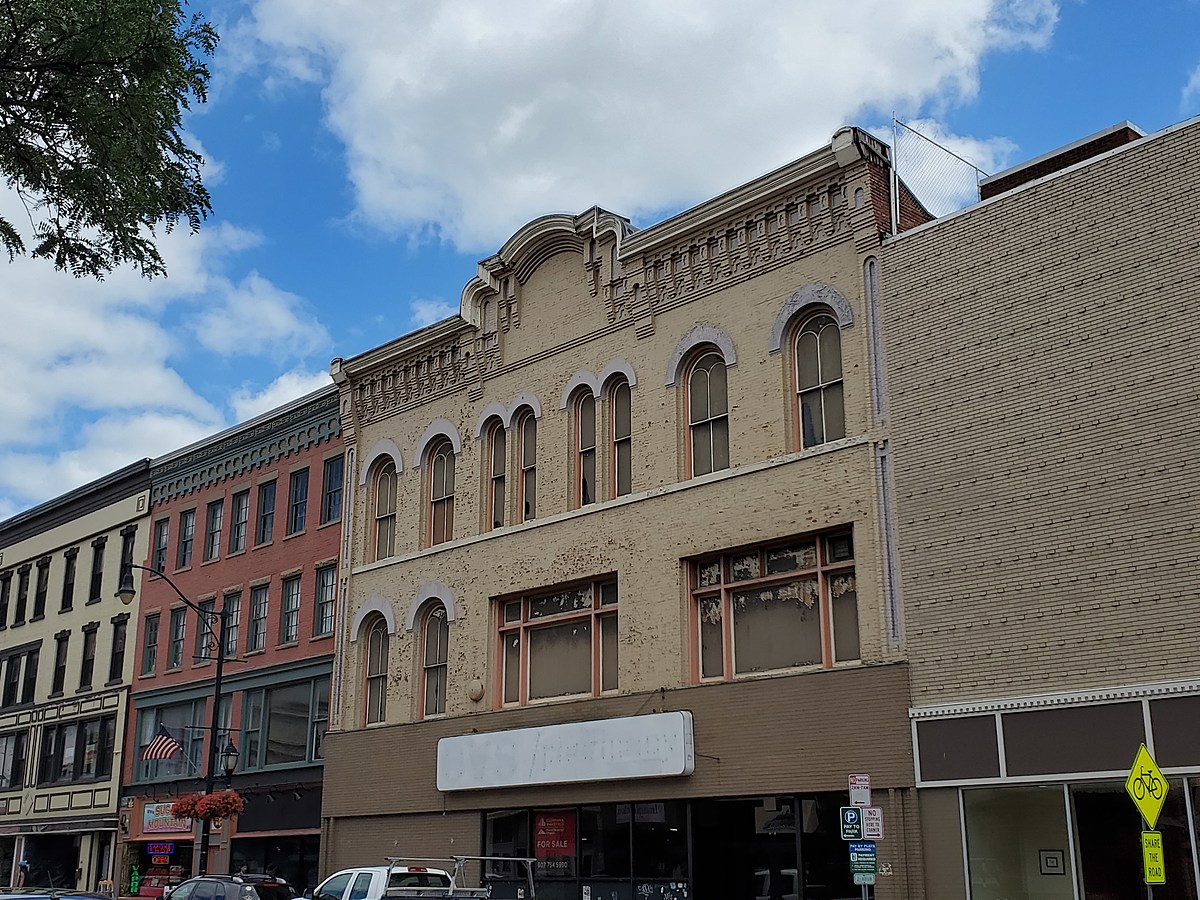 The three-story Court Street structure that housed a pharmacy for nearly a century remains vacant several months after CVS ceased operations on the site.

A listing of the property describes it as a “19th century block” building that was built during the Civil War era with “historically significant cornice and facade windows”.

The CVS store on the site closed on November 12. Before CVS acquired the business, a Hamlin Red Cross pharmacy had operated there since 1924.

The Pyramid Brokerage Company listing puts the asking price for the property at $875,000. That’s significantly less than the price some downtown business owners were told CVS was originally after.

The listing indicates that the building has approximately 15,000 square feet of space. The available property comprises a total of five plots. It includes parking with entrances on Hawley and Washington streets.

According to the listing, the property is on the National and State Historic Registers. It also indicates that it is eligible for “historic tax credits”.

Representatives for CVS and Pyramid Brokerage Company could not be reached on Wednesday to discuss efforts to sell the property.

WATCH: These are the 50 largest retailers in America

Inside Amazon: A Detailed History of America’s Largest Online Retailer

Stacker has compiled a list of key moments in Amazon’s history and current operations from a variety of sources. Here’s a look at the events that transformed an online bookstore into a global conglomerate and a self-made entrepreneur into the world’s second richest man.

To learn more about how gas prices have changed over the years, Stacker calculated the cost of a gallon of gas for each of the last 84 years. Using Bureau of Labor Statistics data (published April 2020), we analyzed the average price of a gallon of regular unleaded gasoline from 1976 to 2020 as well as the consumer price index (CPI) for regular unleaded gasoline from 1937 to 1976, including absolute and inflation-adjusted prices for each year.