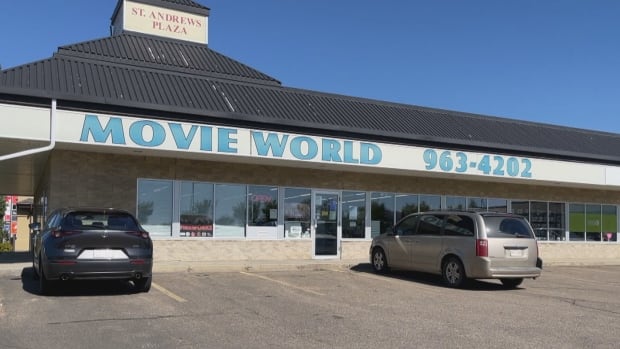 The days of rushing to get that new weekend movie release from the video store may be over, unless you head to Movie World in Stony Plain, west of Edmonton. .

Owner Joe French is trying to keep the company blasting from the past.

While the COVID-19 pandemic has presented challenges, this winter — usually peak season for rentals — has been slower than expected.

This prompted French to start a GoFundMe campaign to raise money to help keep the store open.

“It was really a last resort,” French said. “People have been incredibly generous.”

Since the campaign began last week, she has raised more than $2,500, about half of her goal. French said foot traffic was also up.

“Last weekend was amazing,” he said. “It was one of the busiest nights I’ve ever had.”

The support touched him.

“Everyone who comes in asks how we’re doing and makes sure we’re not closing, and that’s the last thing I want to do,” he said.

French took over the business in 2020 during the pandemic, at a time when he thought people were looking for home entertainment.

It has gone from renting DVDs and Blu-ray discs to selling VHS, collectibles and video games.

The business has had multiple owners but has been in the same location for more than 40 years, which French says is part of what motivates people to support Movie World.

But attracting new customers is a key part of his business strategy, and he can always tell when a first customer walks through the door.

“It never gets old, though,” French said. “Especially when a family comes in and brings their kids. They walk them around and show them what it was like when they went to the video store.”

French said there are thousands of movies that aren’t available on streaming services.

These rare or hard-to-find titles are one of the reasons Nicholas Friesen chose to support the fundraiser.

“At a place like Movie World, there’s something for everyone,” Friesen said. “I once came out with two weird 70s horror movies and a DVD of He-Man.

“They also have the best popcorn in town,” he added.