To the New Frontier — Filipino Movies on Online Streaming Platforms 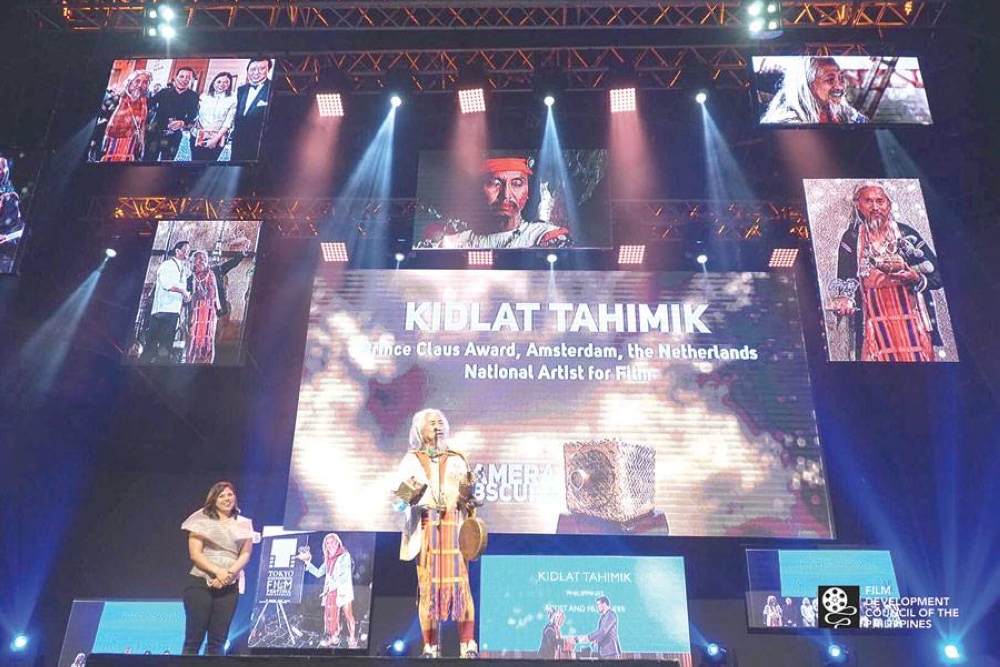 The challenges of government lockdowns and protocols have forced the local film industry to find alternative distribution platforms and turn to online digital platforms.

Before the pandemic, streaming movies online was a relatively emerging concept. In 2022, the Philippines has fully recognized the inevitable and actively explored this streaming platform frontier.

The then emerging online streaming market became the norm and not just an exception. As everyone waits for a safer return to cinemas, streaming has become the primary source of entertainment for many people who have been forced to stay indoors and have limited outdoor lives.

National Artist for Cinema Kidlat Tahimik with his Camera Obscura award. His classic works are now available on the international streaming service Mubi.

Before Netflix, there was YouTube, the biggest platform not just for movies but for all video content. Philippine film company TBA Studios has released some of its award-winning international films for free on its YouTube channel, including “K’na the Dreamweaver,” the documentary “Sunday Beauty Queen” by Baby Ruth Villarama, and “Women of the Weeping River” by Sheron Dayoc.

This decision may have allowed young audiences to rewatch Filipino films and see that it is really worth it. Apart from TBA Studios, Black Sheep, Star Cinema and Viva Films have also made their films available on YouTube for free viewing.

The shift to online platforms

Another critical discussion in adapting to our current circumstances is that cinema, being a commercial enterprise, still needs a workable market. In the face of theater closures and security concerns for paying moviegoers, where will movie companies get their revenue?

Typically, a film distributor recoups production costs by selling the rights to theatres, DVD sales, and TV – in that order. The disruption of online platforms changes this picture. This technological innovation has radically changed the way films are monetized.

On the one hand, a film can now skip the usual distribution order and go straight to streaming on an online platform before, say, a theatrical release. Take for example the movie “Dune” which first aired online but still became a box office hit as fans wanted the cinematic experience as well. 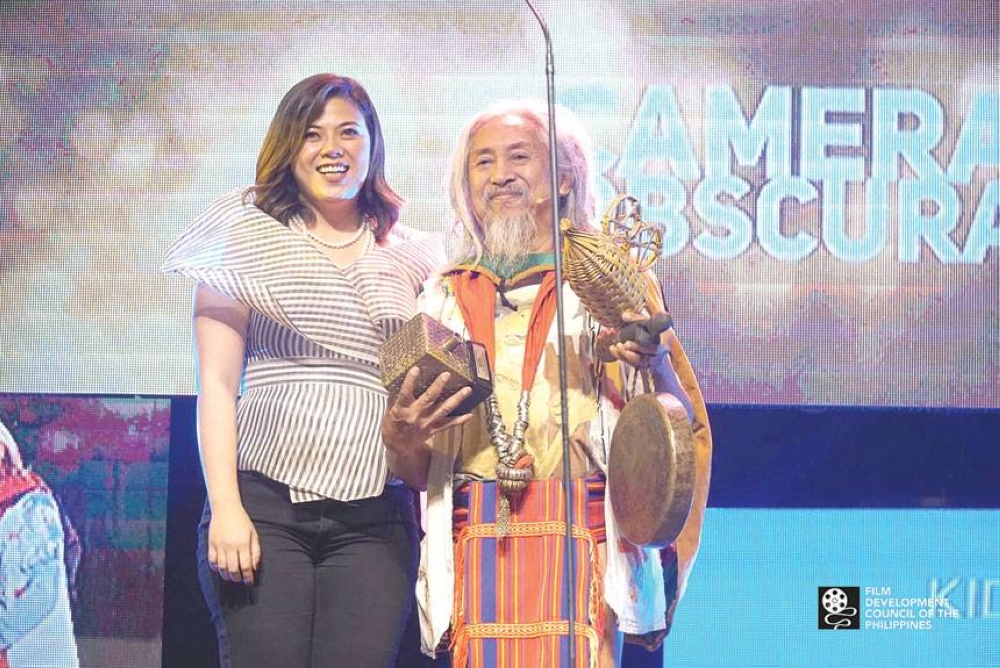 The columnist with Tahimik at Film Ambassadors’ Night 2019.

Although its rise has been steady since its debut in 2007, Netflix’s surge to 16 million additional subscribers in the January to March period of 2020 alone was still staggering. It has been barely a year since the global health crisis forced people to stay at home. Last September, the total number of Netflix subscribers reached 213 million.

These figures show the demand for films in the world. A request that new players in the field of online streaming have taken. Now, aside from Netflix, there’s HBO Go, Amazon Prime Video, WeTV, Disney+, Mubi, Apple TV+, Hulu, and more.

There are also sites for specific genres such as iFlix and iQiyi (for Asian titles), Crunchyroll (for anime), and Viu (for KDramas). For Filipino content, there’s iWantTFC, PopTV, KTX, Cignal Play, Upstream, Vivamax, and of course our own channel FDCP, which you can subscribe to.

These streaming sites allow subscribers to access vast archives of movies and shows at the right price. Building on that momentum, I wonder how many new streaming services we’ll have by the end of this year.

A new frontier for Filipino films

Younger generations can now binge watch the shows their parents used to watch on TV, like “Friends” and “Gilmore Girls.” Movies released decades ago are now accessible to new audiences. In a way, it’s like giving new (on-screen) life to movies and shows that are otherwise relegated to the garbage cans of memory.

Online streaming has created a new frontier for content to be available to a wider audience. This also goes for filmmakers looking for a platform for their movies. Let’s see which Filipino movies are streaming on these platforms:

Amazon Prime Video has a varied slate including a documentary about Jennifer Laude (“Call Her Ganda”), a Singaporean production with a Filipina actress (“Iloilo”) and a Charo Santos-Concio star from esteemed director Lav Diaz (“Ang Babaeng Humayo”)

Mubi is the most arthouse among current platforms with a roster including “Perfumed Nightmare”, “From What is Before”, “Evolution of a Filipino Family”, “Melancholia”, “Elegy to the Visitor from the Revolution”, ” An Investigation in the Night That Won’t Forget”, “Death Force” and “Vampire Hookers”.

Filipino films are making progress in penetrating the biggest online platforms (HBO Go screened the award-winning film “On the Job: The Missing 8” last year). Digital streaming has ceased to be an emerging medium but has now become a ubiquitous source of content. Arguably, game streaming is the future of distribution and exhibition.

However, this not only opens up new opportunities, but also new challenges and problems. Streaming has initiated new market behaviors such as the preference for shows with shorter series to attract new subscribers (versus longer series which sell more to return subscribers). Or changing the order of distribution to up the marketing game. But that’s for another discussion.

Last year, the South Korean series “Squid Game” became the most-watched Netflix show. But the most intriguing part is that those who watched it started watching more Korean content. It became a gateway film for more viewers and more investment in the country’s film industry. I hope for the same success for our films.

With our films as our portfolio, and as we work to produce content of consistent quality, I hope we are well on our way to conquering not only the new frontier of digital streaming, but also the challenges of shaping the next normal of the Philippine film industry.