US Blu-ray and DVD releases: Pompo The Cinephile, The Beatles: Get Back, Star Trek: Lower Decks – Season 2 and more 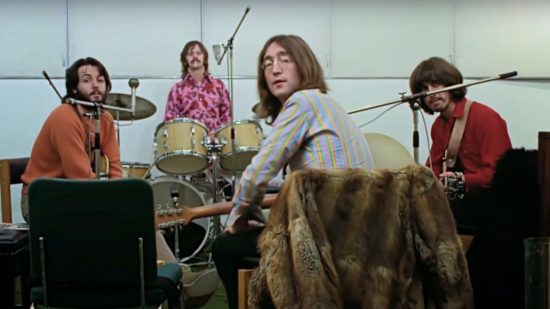 Posted by Mike Spring on July 11, 2022 in All, DVD/Blu-ray, Movie, Reviews, TV | Comments off on US Blu-ray and DVD releases: Pompo The Cinephile, The Beatles: Get Back, Star Trek: Lower Decks – Season 2 and more

Well, it’s not a big week for releases this week, but there are some strong releases, including the greatest musical act in world history, so that’s something to get excited about! Continue reading!

The Beatles: Come Back

Quite possibly the most stunning and significant home video release of the past 20 years, The Beatles: Get Back makes its home video debut this week on Blu-ray and DVD. Directed by the great Peter Jackson, the event originally started as a movie. However, with hundreds of hours of footage to go through, Jackson finally decided to create a three-part miniseries that lasts eight hours. And it is… GLORIOUS! The film chronicles the Beatles’ recording of the Let it Be album in 1969, and you can see the band completely unfettered. There are live performances, footage of them creating songs on the fly, jokes, arguments…everything. It’s real stuff to fly off a wall, and it’s absolutely mesmerizing. There’s also tons of footage from the famous Beatles rooftop concert that was eventually broken up by the police. The set is a three-disc box set that comes in very nice packaging, and the Blu-ray in particular looks and sounds fantastic. My only complaint is the lack of additional features. I mean, with several hundred hours of material to sift through, couldn’t they have found a handful of deleted scenes? Or did he give us a making-of in which Jackson discussed his approach to making the show? Yet that little detail aside, it’s 100% absolutely essential viewing for any Beatles fan.

I’ve been a Star Trek fan for as long as I can remember, and one of the things I’ve always loved about Trek at its best is how humorous it can be. So when Paramount announced a comedy animated series set in the Next Generation universe, let’s just say I was pretty damn excited. Under the leadership of Mike McMahon, one of the showrunners of Rick & Morty (of which I am not a fan, by the way), the show gives us a glimpse into the lives of four officers of the “lower decks” of the USS Cerritos, a pretty lower tier ship in Starfleet. Returning this season are Ensign Boimler, rebellious Ensign Mariner, geeky cyborg Ensign Rutherford, and over-enthusiastic Ensign Tendi, who of course find themselves in all sorts of trouble. But what’s great about the show is that even though it’s a comedy, it never lacks Trek-style exploration and action. It actually stays very true to the Trek aesthetic, it has a lot of fun doing it. And the comedy is affectionate, not resentful; the show often pokes fun at Trek tropes, but in a way that’s never mean-spirited. Not to sound cliché, but Lower Decks doesn’t laugh at Star Trek, it laughs WITH Star Trek. I love it and can’t wait for season 3!

Many anime titles are filled with fantastical creatures, magical powers, and other worlds, but most of my favorite anime releases from the past few years deal with the real world. Pompo le cinéphile is one of these films. In it, acclaimed director Pompo offers her latest script to her assistant, Gene, for direction. Gene lacks confidence but Pompo sees the talent hidden deep within him. What follows is a film about making movies and finding your voice, which I found quite enjoyable. There’s a lot of humor and a few good jokes inside Hollywood that’s sure to make you laugh if you know a thing or two about how movies are made. It’s a nice change of pace from the usual swords, monsters, cyborgs, and dream realms that populate so many anime movies these days. Worth a look, especially if you’re a more laid back anime fan like me.