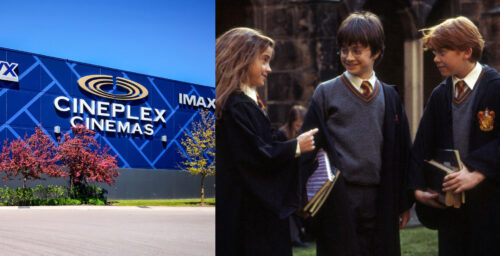 Calling all Hogwarts lovers: you can watch the first one Harry Potter movie in theaters this month — and the best part is, it’ll set you back less than $3.

Harry Potter and the Philosopher’s Stone was released in November 2001 (over 20 years ago!), so you can watch it on DVD anytime, but there’s just something special about seeing the wizarding world on the big screen.

Select Cineplex theaters are allowing people in the Lower Mainland to do just that on April 23 as part of its Family Favorites Serieswith tickets priced at $2.99 ​​per person.

Family Favorites runs Saturdays at select area theaters, offering the chance to enjoy a great movie at a great price. In this case, your popcorn will cost more than the cinema ticket!

That you can recite Harry Potter and the Philosopher’s Stone verbatim or need to brush up on your Hogwarts facts, this is the perfect opportunity to revisit an old favourite.

$2.99 ​​tickets are available online now, so grab yours ASAP and hit the movies with your family, friends, that special someone, or even go it alone – you’re sure to be in good company!