What is it, who is it for and how can it protect you 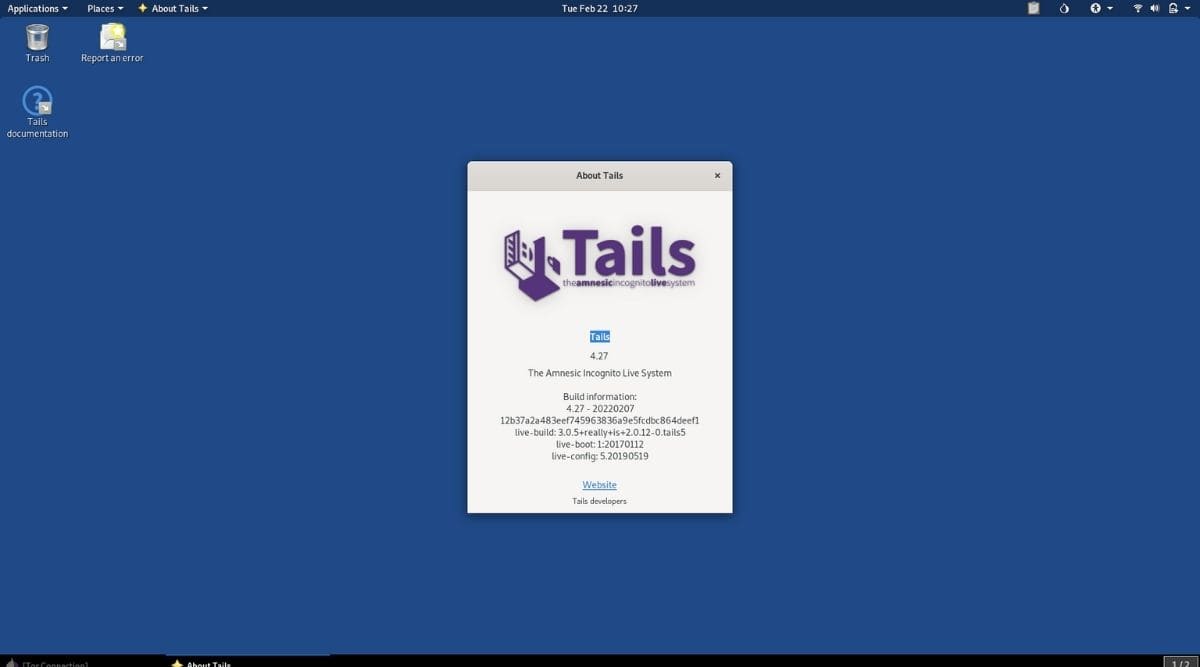 Earlier this month, US cybersecurity firm SentinelOne published a report on the discovery of a hacker group called ModifiedElephant, which has been operational for more than a decade and allegedly planted incriminating evidence on the personal devices of Indian journalists, human rights activists, academics and lawyers. But is there an operating system (OS) that can help keep journalists safe when browsing the internet and communicating with sources? Can this help activists, journalists to remain anonymous when they connect? What about politicians worried about cyber espionage from rival interests?

If anyone thinks they are threatened by cyberattacks from well-resourced malicious actors, including state and state-aligned entities, Tails OS could be their first step towards protecting their digital activities. Tails, which stands for The Amnesic Incognito Live System, is an open-source operating system, focused on security and privacy. It is based on the Debian-based Linux distribution and was used by NSA whistleblower Edward Snowden to talk to journalists and documentary makers.

Unlike Windows and Mac OS, Linux is not built by a single organization. A Linux distro or distro refers to an operating system created using the Linux kernel (the computer program at the heart of the operating system) along with other programs and applications, tailored for a particular use case. The Linux kernel is also used for other popular operating systems, including Ubuntu, Manjaro, Linux Mint, and Pop!_OS.

Tails works on a fairly simple principle: it’s designed to be booted from a flash drive every time you use it. Tails can be used to operate a computer and access the Internet without compromising user identity and data. Since Tails runs separately from the operating system installed on a computer and does not use the computer’s hard drive. Plus, it doesn’t store any data, which can make it incredibly complicated and boring for most people to use. In theory, it can offer protection to users even on a compromised system.

Here is an overview of the Tails operating system and how you can safely install it on any flash drive.

What is Tails? What are its features?

Tails was first released in 2009 and has received financial support from the Tor Project from its inception until today. Other sponsors include the US Bureau of Democracy, Human Rights and Labor, the Mozilla Foundation and alternative search engine company DuckDuckGo. By default, the operating system routes all internet traffic through the Tor network, a free global network of volunteers that uses a series of relays to mask internet activity.

Once you boot Tails from a USB stick, the system you’re using is temporarily turned into a secure device, provided you followed the correct steps to get Tails in the first place. Since it does not use computer storage and works on flash drive and computer memory, it has a feature called Amnesia where all such data is automatically deleted every time you exit the system. exploitation.

Tails also comes with a host of open source tools and software that can be used to operate and communicate securely, including the Tor browser with the built-in uBlock ad blocker, Thunderbird which is an email client that encrypts e-mails, KeePassXC which is a password manager and OnionShare to share files on Tor among others.

To use Tails, you need an empty flash drive or an empty DVD with at least 8 GB of free space (remember that all data on them would be deleted during installation). Other requirements include a computer with at least 2 GB of RAM and a 64-bit x86-64 capable processor. Note that this may not be sufficient for some systems that have Linux compatibility issues.

How can I make sure I have a safe version of Tails?

The first thing you need to know before using Tails is that although it is quite secure and anonymous compared to other operating systems, it is not bulletproof. It’s not a magic bullet. You should also do your own research to make sure Tails is the right choice for you.

Once you have made this decision, you must remember that Tails could be compromised if you install it on a flash drive from a compromised or infected device in the first place. You could also use a modified version that has been compromised by bad actors. That’s why it’s recommended to get Tails by cloning it from someone you trust. But since this is not always possible, it is important to know how to download and install Tails on a flash drive while using a Windows machine (uncompromised and uninfected).

“Make sure they are downloading Tails from the official website. You should also verify that the website certificate is authentic and valid,” said Jean-Pierre Leseur, cybersecurity researcher and freelance programmer at indianexpress.com. Leseur is the original developer of the DarkComet malware, which was modified and deployed by the ModifiedElephant hacking group against Indian citizens, and also recommends that you read the Tails website and accompanying documentation very carefully to ensure that it is suitable for your use case.

Click the lock icon next to your browser’s address bar to verify the website’s certificate.

“They can download the ISO and when done, make sure the image is clean. They should calculate the hash of the ISO file and compare it with the one on the official Tails site,” Leseur added.

It refers to the hash of the operating system image file created using SHA 256 (Secure Hash Algorithm). This algorithm transforms any file into a single output with a length of 256 bits. In order to ensure the integrity of the Tails image file you downloaded, you need to calculate its SHA 256 hash and ensure that it matches the hash value given on the Tails website.

First, you need to open the command prompt on your system by searching for it using the search function on the taskbar.

Once the command prompt is open, you must enter the following command: certutil -hashfile [File Path] SHA256.

You need to replace [File Path] with the exact path where the image file is located on your computer. For us, the file was in drive D, so the command looked like: certutil -hashfile D:/tails-amd64-4.27.img.

Once the hash is generated, compare it with the website’s to make sure it matches exactly.

After making sure that the hash and file size match those on the official Tails website, you can proceed to install the operating system on the flash drive. The Tails website recommends balenaEtcher, a free and open-source utility, to flash the image file to a USB drive.

But since we’ve had mixed experiences with flashing using balenaEtcher, we recommend Rufus, another free and open-source tool for creating bootable USBs.

You can leave the default option on the other entries. Press start.

You can leave the other options at their default settings.

Once the image file has been flashed onto the USB key, you now have a working copy of the Tails operating system.

Remove the USB key from the computer and you are ready to start Tails OS from any compatible Windows computer.

On the computer where you want to start the operating system, click the Start menu. Next, hold down Shift and press Power + Restart, which will open a “Choose an option” screen. From there, follow these instructions from Tails to boot the operating system from the correct drive.

That’s it. You now have access to Tails on your PC. Of course, as we noted above, this is not software designed for ordinary people. But if you are one of those who are worried about threats to your online security, this is definitely an option you can consider, provided you are prepared to handle the learning curve that comes with this software.