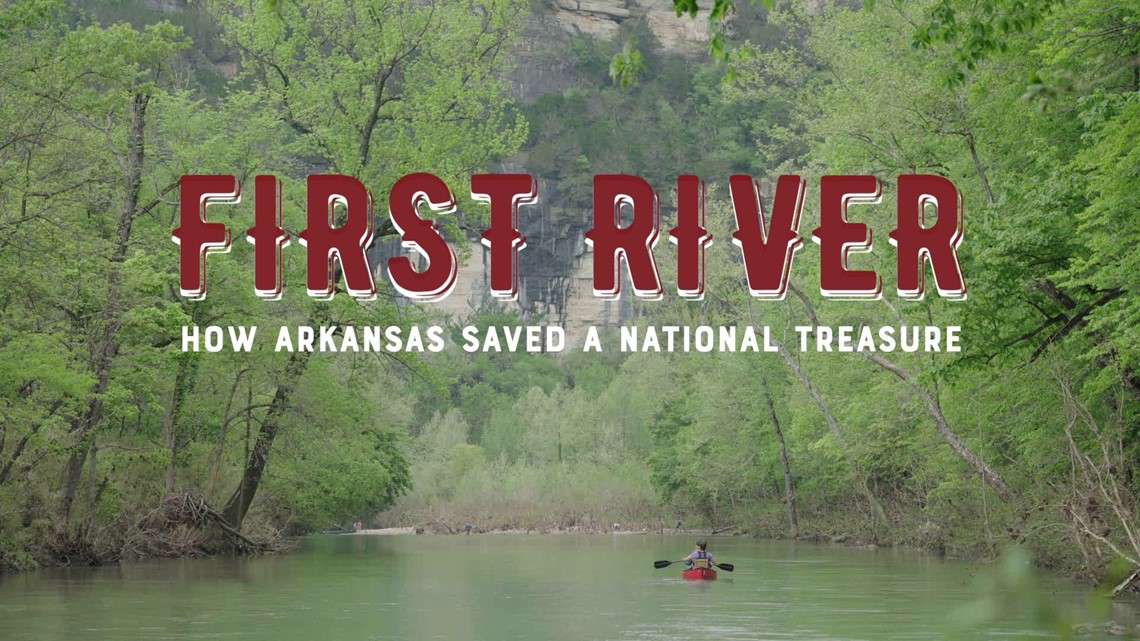 LITTLE ROCK, Ark. – The Ozark Society will release a feature film to mark the 50th anniversary of the official designation of the Buffalo River as the first national river of the United States.

First River: How Arkansas Saved a National Treasure will premiere at the Skylight Cinema in Bentonville on March 17, with a free public viewing available on the Ozark Society’s website.

The Buffalo River draws 1.5 million visitors a year to the area and today remains one of the longest undammed rivers west of the Mississippi.

The film explores the conservation history of the Buffalo River and contemporary issues while highlighting activities in the 1960s to protect the river from plans to build two dams on the waterway.

“Arkansas has this national treasure thanks to the vigilance of the people who fought for its preservation,” said Ozark Society President David Peterson. “We believe First River will inspire public awareness and involvement in conservation issues for the preservation of the Buffalo River, Arkansas wilderness areas, and other unique natural resources.”

The film also touches on the Arkansas conservation advocates, state governors, and congressional representatives who led to the designation of the Buffalo River as America’s first national river in 1972. Footage from crucial people, including Dr. Neil Compton, the Bentonville physician who established the Ozark Society, and United States Supreme Court Justice William Douglas, who helped garner national support for the protection of the river and floated the Buffalo River in 1962, are included in the film.

First River also includes interviews with current National Park Service staff on the conservation of natural areas in Arkansas and the challenges facing the Buffalo River watershed from commercial development and recreational use.

First River will be distributed free to museums, public libraries and schools, along with an educator’s guide to facilitate classroom discussion of the film’s content and summary. DVD copies and a movie poster can also be requested.

For more information on the movie or The Ozark Society, click here.

RELATED: Northwest Arkansas Woman Fulfills Her Dream of Being on Survivor

HOW TO ADD THE 5NEWS APP TO YOUR STREAMING DEVICE

For Fire TV, search “KFSM” to find the free app to add to your account. Another option for Fire TV is to have the app delivered directly to your Fire TV through Amazon.