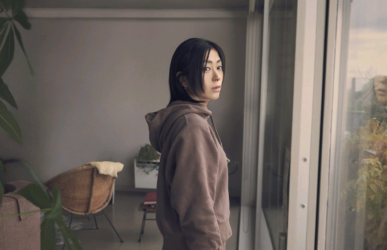 This is Hikaru Utada’s 23rd birthday since his debut. On this momentous day, we are very happy to finally share the details of his 8th studio album, BAD MODE!

The album will be released digitally on January 19 and will also be available on CD on February 23. The album will feature several of his hit songs such as “Kimini Muchuu” (main theme of TBS Friday night drama Saiai), as well as “One Last Kiss”: the theme song of EVANGELION: 3.0 + 1.0 THRICE UPON A TIME, “Find Love” featured in SHISEIDO’s new global campaign “POWER IS YOU”, “Face My Fears” (opening theme of the action role-playing game KINGDOM HEARTS Ⅲ), “Time” (main theme of the NTV drama Sunday Bishoku Tantei Akechi Goro), “PINK BLOOD” (main theme of the To Your Eternity animated series) and “Darenimo Iwanai” (song SUNTORY Tennensui CM). Of course, there are also some brand new songs including the title track “BAD MODE” and on top of that there will be some bonus remixes.

The Single-Run Limited Edition CD will be accompanied by a DVD and Blu-ray featuring the “Hikaru Utada Live Sessions from Air Studios” concert and a behind-the-scenes documentary, as well as music videos from ” Time, ”“ One Last Kiss, ”“ PINK BLOOD, ”“ Kimini Muchuu, ”and“ BAD MODE. ”This will definitely be a must-have item for fans! Stay tuned!

The online concert “Hikaru Utada Live Sessions from Air Studios” will air on January 19 at 8pm (JST) Tickets are on sale now!

The wait is coming to an end. Here’s the update fans have all been waiting for. The online concert titled “Hikaru Utada Live Sessions from Air Studios” will air on the artist’s birthday, January 19.

For this performance, Utada brought together a renowned group of musicians led by bassist Jodi Milliner, the band’s master for their 2018 tour. The session is recorded and mixed by sound engineer Steve Fitzmaurice, who also worked on the new album. The video was directed by David Barnard, whose filmography includes “In Rainbows – From Basement” by Radiohead and “LOCKDOWN SESSIONS” by Eric Clapton. The idea is that the online show allows you to immerse yourself in the ultimate performance with the best sound and video in the most comfortable space of your choice.

This is a rare opportunity for fans around the world and the artists themselves to share and celebrate the release of the first new album in 3 years and 7 months, so don’t miss it!

Streaming platform (outside of Japan):

The music video for “Kimini Muchuu” is now available on YouTube!

The lead single “Kimini Muchuu” has been on the charts in many countries and regions since its release, and the music video for the song has been released as well! It’s created by the same director as the gig online, David Barnard, with footage of the performance, which makes it a great trailer for the show as well!