How McClean combined his love for video and agriculture 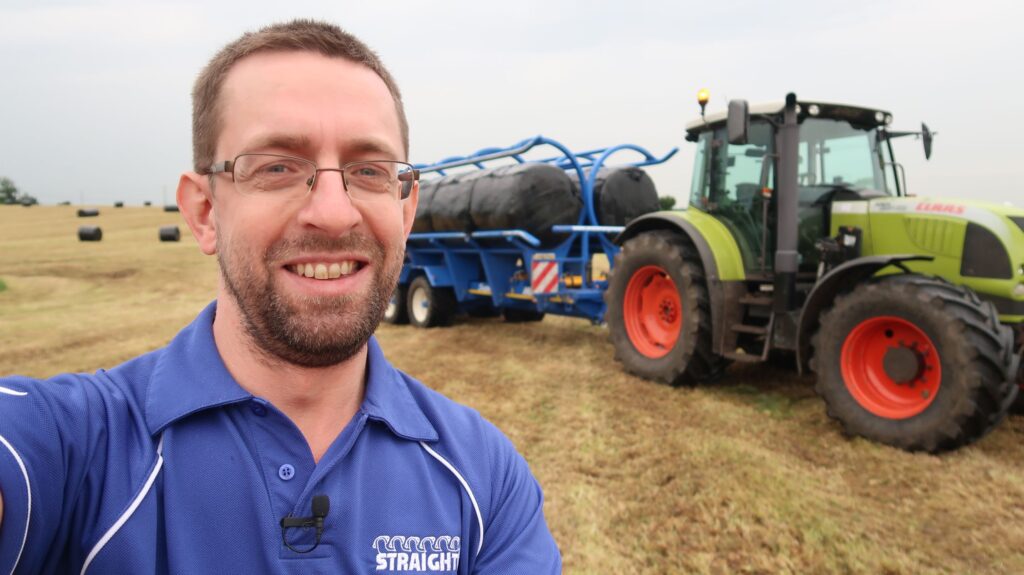 He discusses his farming roots, building the business, navigating the Covid-19 pandemic and capturing content across Ireland and the UK to fill a calendar of 54 content slots to be completed in one year.

CC: Do you come from an agricultural background?

I grew up in a large circle of farmers from my mother’s and father’s families. We lived next door to my grandfather, a first-generation entrepreneur with the steam engine powering his threshing machine in the 1940s.

He and my grandmother both moved from County Donegal to central Ulster where he set up a business which the McClean family still operates today.

This yard was a big part of my childhood experience. My father was a schoolteacher, but we also had a hobby farm and light contracting activities on the side.

Dad never had the acres to take it to the next level, so my path led me into software engineering, which I then gave up when video creation took over my life.

My frustration with ‘farm’ DVDs from the 2000s, which were often created by people with no love for the industry, made me think I could do better after some short videos I had made were going well on a Youtube channel I created in 2007.

Following the success of ‘Fulla The Pipe’ and not having enough hours in a week, I decided in the summer of 2011; It was now or never.

With my daughter, Eva Rose, who is due in November, I told myself that at 30, I would never have the courage to give up a stable salary to pursue my dream.

Things might have been different if the cost of access to farming was about a tenth of what it is now. In this case, farming itself would have been the dream instead of looking aside.

Catherina: When did you launch FarmFLiX?

John: FarmFLiX was launched in 2016 after I chose to leave my old company.

I was frustrated with the creative limitations of the DVD delivery format and realized that its lifespan was coming to an end as mobile networks steadily improved.

It was also important for me to be the first to launch an on-demand video streaming service dedicated to agriculture.

Like so many ideas from the past that I could or should have tried, this one was not going to escape me without giving it my best.

Like any idea, it has been chewed through my mind many times.

As any new business owner will tell you, you start something because you want to do it, and if you succeed, the business will thrive.

This means that you get more and more “stuff” on your plate as you start to run the business and end up doing less and less of what you set out to deliver.

My departure from my previous company allowed me to have free time again to devote myself to something new.

After much introspection on what my next project would be, FarmFLiX was still the favorite in my thoughts, thanks to my love of machines and video creation.

Catherina: What is the aim and purpose of FarmFLiX?

John: Our goal is to create quality farming entertainment for the farming community that works in this industry.

I learn something new every day when we make these documentaries, and it’s important to me that these nuggets of unbiased knowledge and experience are a bonus for audiences.

This is not content that is watered down trying to reach a mainstream audience. We create real-world documentaries, and we show it, warts and all.

I don’t want to paint a picture that farm life is easy. Whatever your farming role, this is not a 9 to 5 walk in the park.

So much is dictated by the weather and the hardships of livestock and crops that I have the utmost respect for anyone who sticks with this industry.

After all, everyone depends on it for our survival as a species.

I’m baffled how the carbon police decided that cattle and not humans would be the end of our civilization, but that’s a conversation for another day.

Catherina: What were your most popular posts?

John: We had quite a few hits that got people talking, but to name a few examples – Jonnie Neal went up in flames under the pressure of the first cut, Alwyn Young rolled a trailer at the event #onThePull and the scale of American farms we saw when we went to visit Rodney Elliott for a tour of Stockyards. 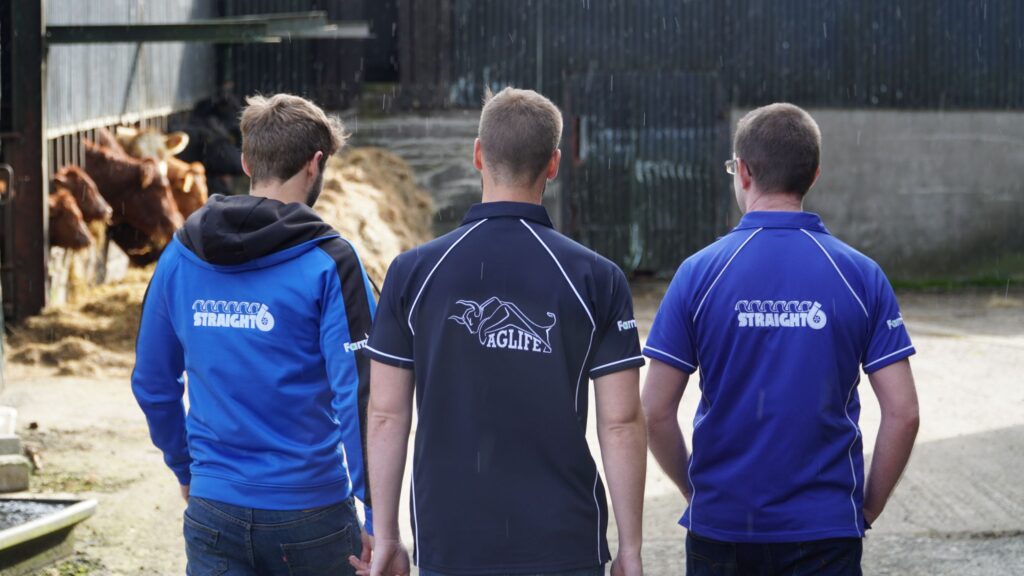 Catherina: What have been the milestones since launch?

Getting to episode 100 was a big milestone for our production team. Traveling to the US to film was also important, but Covid has put a wet blanket on trips like this for the time being.

From a business point of view, reaching our break-even point was also a very important step.

That didn’t happen in the first year, so it was a big weight on the shoulders to turn belief into reality and be free to grow the team to match what we wanted to deliver.

We have received support from InvestNI and Newtownabbey Borough Council through the GROW program.

We’ve had a team of people working in the business since the beginning, which has grown over the years.

The quality and quantity of content, which we capture and publish from start to finish, would be impossible to deliver without our team to make it happen. We put a new video in the tank every week.

John: We have a calendar of 54 slots to fill per year, and there are thousands of farmers working 365 days a year, so we try to track a few of them on drought days.

Catherina: Where are your subscribers based?

John: Our audience is mostly from the UK and Ireland, and what looks like a decent number of expats scattered around the world in very random locations!

Catherina: Are there any fees to access the episodes? 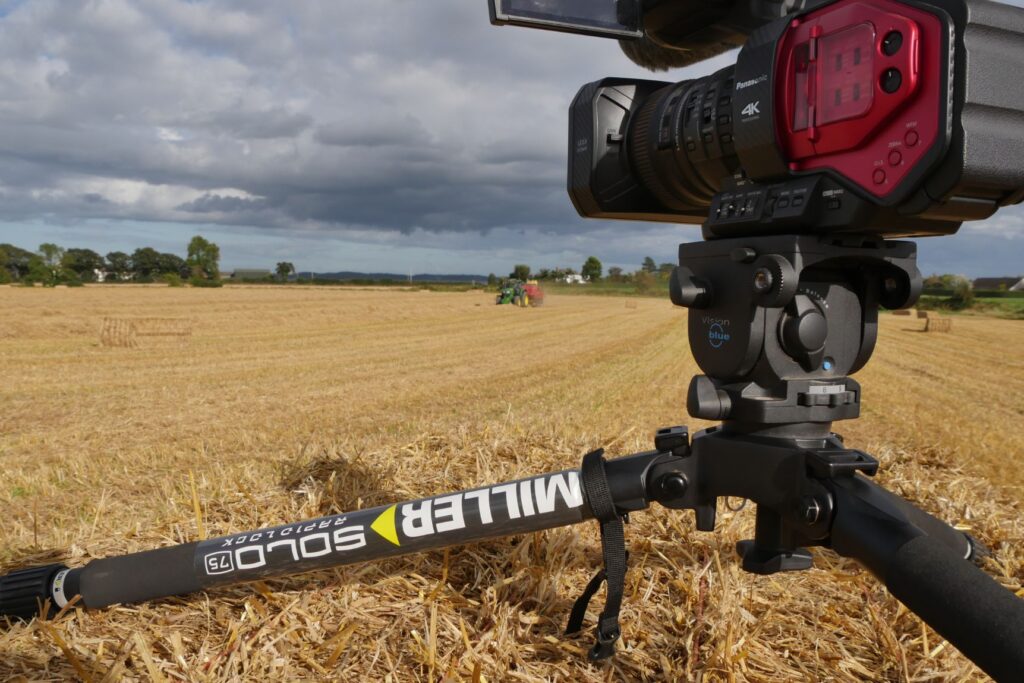 Catherina: Has the success of FarmFLiX exceeded your expectations?

John: No, because we’re just getting started (5 years).

I like to think big, so we’re still a long way from where I’m headed. There are still many people we meet on our travels who have never heard of us or think we are just one Youtubee channel – it’s both frustrating and exciting at this point in our journey.

Catherine: Do you have any regrets?

John: None – everything is a lesson, and I read somewhere a long time ago that a business should experiment while it’s small because who cares if something fails?

Some experiments work, some don’t, but either way it’s a win because the lessons of failure are invaluable.

Catherina: If you could go back, would you do things differently?

John: I would have told my 2016 self to start the “behind the scenes” vlogs on Youtube from the beginning, but apart from that, very little. 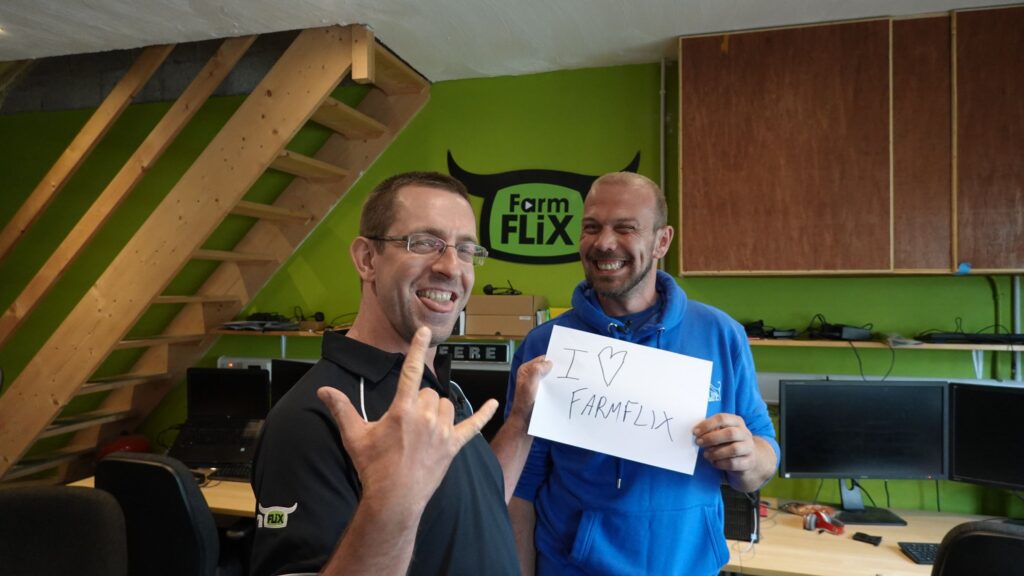 Catherina: What’s next for FarmFLiX?

John: I always have lots of ideas swirling around in my head, and I have to try not to overload the team with crazy projects (think #onThePull – which we’ll be reviving eventually!).

In the short term, we are still working on the episode queue and constantly trying to build the strength and skills of the team to push the quality barrier beyond what we set for ourselves.

In the long run, another experimental project will come out on top, and I’ll start the game over again, persuading people to try it because when they do, they’ll love it.

I am satisfied with the current situation of FarmFLiX. Covid came out of nowhere and really bothered us (just like it has for so many small businesses).

We are now back on track and have traveled across the UK and Ireland, again capturing a variety of content.

I’m not one to take smooth navigation for granted, though; I always like to keep an eye on where things are going.

We cannot ignore the fact that we compete with Youtube and “free content”, and in many ways we are swimming against the tide.

Thanks to our members, we can continue to fund new agricultural documentaries that only exist because of their continued support.

Plus, we can create them without bias because we’re not funded by advertisers, which means we’re all killers and zeros.