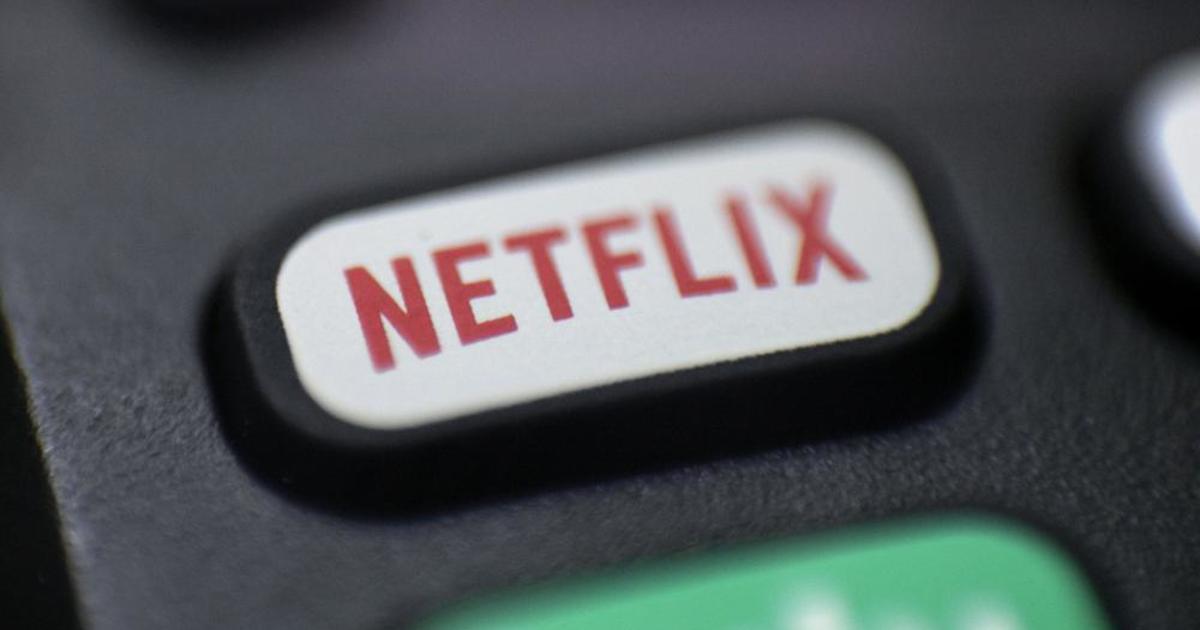 Shares of Netflix are falling sharply after the streaming service suffered its first loss of subscribers in more than a decade.

The company’s customer base fell by 200,000 subscribers in the January-March period, the company disclosed Tuesday in the release of its latest earnings report. Netflix’s share price plunged more than 37% to $219.50 in early trading on Wednesday as investors worried about the company’s slowing growth and growing competition.

The decline in subscribers is the first since Netflix became available in most of the world outside of China six years ago. This year’s decline is partly explained by Netflix’s decision to withdraw from Russia to protest against war against ukraineresulting in a loss of 700,000 subscribers.

Even so, Netflix has acknowledged its deep-rooted problems by projecting a loss of an additional 2 million subscribers in the April-June period.

The company posted revenue of nearly $7.9 billion during the period, slightly below Wall Street forecasts. For the current quarter ending in July, Netflix said it expects revenue of just over $8 billion. Analysts polled by Zacks expected revenue of $8.2 billion.

A series of drops

If the stock decline extends into Wednesday’s regular trading session, Netflix shares will have lost more than half their value so far this year, wiping out an estimated $150 billion in shareholder wealth in less than four months.

Netflix also lost 800,000 subscribers in 2011 after announcing plans to start charging separately for its then fledgling streaming service, which had been bundled free with its traditional DVD-by-mail service. Customer reaction to the move prompted an apology from Netflix CEO Reed Hastings for botching the spinoff’s execution.

The service also saw a decline in US subscribers in 2019.

But the latest subscriber loss was far worse than Netflix management’s forecast for a conservative gain of 2.5 million subscribers. The news compounds problems that have been piling up for streaming since a surge in sign-ups from a captive audience during the pandemic began to slow.

Netflix is ​​losing subscribers amid growing competition in online programming from Amazon, Apple, Disney and many other services.

The streaming industry “is more saturated and filled with a slew of services offering compelling content at lower prices than NFLX, including mega-tech platforms with deep pockets,” analysts wrote. Oppenheimer in a footnote.

It’s the fourth time in the past five quarters that Netflix’s subscriber growth has lagged the year-earlier gains. Now investors fear its streaming service is mired in unease as it faces growing competition from well-funded rivals such as Apple and Walt Disney.

“Netflix is ​​still the most dominant player in the streaming industry, especially in demand for original content,” Parrot Analytics, a company that analyzes streaming content, noted in an email. “But as several nearly century-old companies erode the incumbent’s market share, Netflix is ​​reaching a point where it needs to focus more on retaining subscribers, especially in North America, while its traditional, media-backed competitors media outlets, Disney+ and HBO Max, continue to focus on subscriber growth in key international territories.”

Last year, Netflix had its lowest annual gain since 2016, adding 18.2 million subscribers. This contrasts with an increase in 36 million subscribers in 2020 when people were locked up at home and starving for entertainment, which Netflix was able to provide quickly and easily with its stockpile of original programming.

Netflix previously predicted it would regain its momentum, but is now beginning to recognize that it is mired in a serious malaise that requires action. Among other things, Netflix has signaled that it is likely to crack down on sharing subscriber passwords that allowed multiple households to access its service from a single account.

The Los Gatos, Calif.-based company estimated that around 100 million households worldwide feed from the same account, including 30 million in the United States and Canada, its largest market. To end this practice and entice more people to pay for their own accounts, Netflix said it may expand a trial introduced last month in Chile, Peru and Costa Rica that allows subscribers to add up to to two people living outside their household to their accounts for an additional charge of 2.99 USD.

“The percentage account share of our paid membership hasn’t changed much over the years, but when combined with the first factor, means it’s harder to grow membership in many markets – an issue that has been obscured by our COVID growth,” Netflix said. Tuesday in a letter to its shareholders.

With the pandemic easing, people have found other things to do and other video streaming services are working hard to attract new viewers with their own award-winning programming. Apple, for example, had exclusive streaming rights to “CODA,” which eclipsed Netflix’s “Power of The Dog,” among other films, to win best picture at last month’s Oscars.

Escalating inflation over the past year has also tightened household budgets, prompting more consumers to limit spending on discretionary items. Despite this pressure, Netflix recently increased its prices in the United States, where it has its greatest household penetration – and where it has struggled the most to find more subscribers. In the last quarter, Netflix lost 640,000 subscribers in the United States and Canada, prompting management to point out that most of its future growth will come from international markets.

Netflix is ​​also trying to give people another reason to subscribe by adding video games at no extra cost – a feature that started rolling out last year.