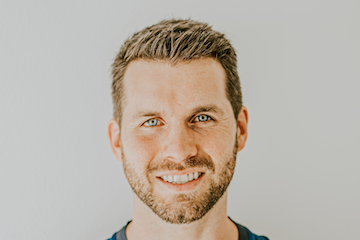 In 2012, Dean Pohlman was a college lacrosse player who had started yoga. It improved his performance on the pitch so much that he started teaching his teammates the training. This led to DVD recordings, which led to a YouTube channel. He called it “Man Flow Yoga”.

Fast forward to 2021, and Pohlman is a global authority on the teaching of yoga for men. He has written bestselling books on the subject and has conducted hundreds of in-person classes. Man Flow Yoga is now a website offering a thriving on-demand education program based on paid memberships.

He and I recently discussed everything: selling books, buying subscriptions, etc.

Our entire audio conversation is embedded below. The following transcript is edited for clarity and length.

Eric Bandholz: Take us back to the beginnings of your business.

Dean Pohlman: The first thing I sold were yoga t-shirts. I had a YouTube channel and a Facebook page. From there I started selling one-time exercise programs – four workouts for $ 20.

Then I wrote e-books and sold them on Amazon and my own website. I partnered up with a DVD company called Body By Yoga. It was a great decision because the producer was used to working with DVDs. He understood how to make a product successful on Amazon.

These DVDs are still selling well. They are in the top 50 for exercise and fitness on Amazon – two are consistently in the top 10. I had planned to post as much content as possible, so people would ask, “Who is Dean Pohlman, and what is Dean Pohlman?” is Man Flow Yoga?

Then, in 2016, we launched a member’s area on our site with streaming videos – a Netflix-like on-demand offering for yoga workouts. After receiving the first subscription, I realized, “This is a business. It’s going to work.

But I was also doing a lot of other things. I took yoga classes at Zilker Park here in Austin. I gave private lessons and classes in gymnasiums. I was spread out. Finally, to simplify, I told people: “Everything is online in my member’s area.

Bandholz: Explain this decision to me.

Pohlman: I realized that the online training was working well. Also, it was not rewarding to do a class in person and only have one or two people show up. I had to market the face-to-face courses as much as the online versions. It was not a good use of my time.

The other part of this is that I like to create something with longevity, like an on-demand course.

Bandholz: Being in the home fitness niche, Covid must be a boon for businesses.

Pohlman: Yes it is.

Bandholz: How to acquire clients?

Pohlman: We’ve created a landing page called Free Yoga Workout – Free Workouts For Men. We have driven a lot of Facebook and Instagram traffic to this page through ads.

The message on the page was heartfelt: “None of us can exercise in person. Here is a series of free exercises. Use them in place of your regular yoga classes. If you like them, sign up and get access to all my material.

We finally started a funnel where we sold a six week challenge for $ 9. We then sold these people into the full members area. That converted to about 20% – one of the five customers on the $ 9 challenge ended up becoming a full member.

We also offered download access, which was $ 50 instead of $ 9. About one in six people have purchased this option. This helped cover our acquisition cost, which was around $ 20 to get someone to sign up for the $ 9 challenge. It was the first time that we had a primary magnet that consistently converts people profitably. We recovered the acquisition costs in about seven weeks.

Many people signed up early in the pandemic, unsure of where their next in-person yoga workout would come from. Our conversion rates have doubled during this period.

Bandholz: You told me recently that men practice yoga differently from women.

Pohlman: To the right. Men use the upper body more. Women tend to use the hips and trunk. Women are more flexible. Education is different for men and women.

Bandholz: Which brings us to your beautiful book in front of me. Is this a printed version of an earlier ebook?

Pohlman: No. It’s unique content, very different from my previous efforts. My first book was an ebook called “Yoga Basics for Men”. The second was a print book, “Yoga Fitness for Men,” published by DK, the UK-based media company.

These were introductory books focused on the meaning of yoga for men.

The new book is “Yoga for Athletes”. He teaches how to improve athletic performance with yoga.

Bandholz: How did you partner with DK?

Pohlman: I like books. Writing a book and getting it published was a pleasure. DK contacted me in 2016 via my YouTube channel. I jumped at the chance.

DK wanted a non-spiritual yoga-fitness approach for men. That’s what I do. I control the content creation process, suggesting topics and approaches – questions to answer. I used a book by Ryan Holiday, The Perennial Seller, for inspiration. He is also the author of “The Daily Stoic”.

“Perennial Seller” explains how to create evergreen content that lasts for years. Part of this is realizing that new books rival versions that are decades old.

With “Yoga for Athletes,” I reached out to DK, asking if they wanted to publish another book. They said, “Yes. “

Pohlman: DK designs the book and creates the layout, artwork, and the overall flow, all based on my content.

DK also distributes the book – retailers, bookstores, Amazon – and promotes it. I have had interviews in newspapers and magazines. It was featured in Men’s Health, for example.

On the money side, there’s a royalty prepayment, which I pay back upon hitting sales milestones. I keep the remaining royalties after reimbursement.