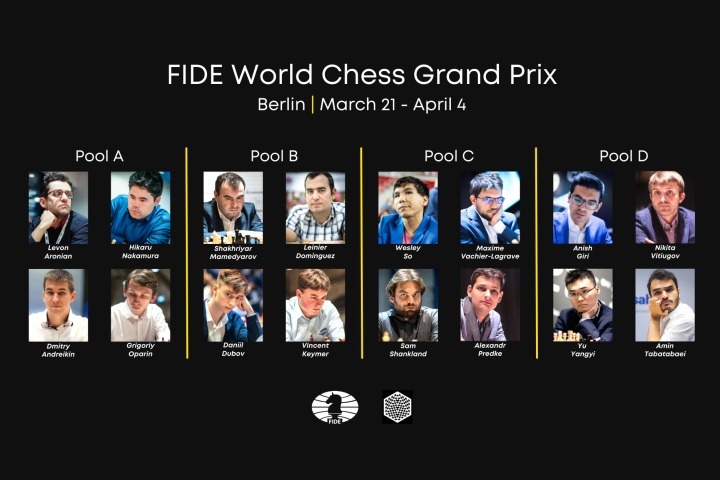 The draw ceremony, which took place on Zoom, was presided over by the chief referee Klaus Deventer which divided the players into groups via a random selection procedure. The players were divided into four different pools:

Games will be streamed live on worldchess.com: